Not everyone can dive with seals, ski on glaciers and spelunk in ice caves. And not everyone can see firsthand how climate change is rapidly impacting ecosystems and cultures around the globe.

And that’s one primary reason why glaciologist, photographer, explorer and SIPA honoree Mariusz Potocki (3rd Classified, The Beauty of Nature, 2018) loves sharing images from his travels.

“I like to show the world’s beauty in my photos so people understand that it’s worth caring for and saving for future generations.”

Potocki says he shot “Travelers” while sailing in the Antarctic.

“In January 2007, I was working as a glaciologist at the Polish Antarctic Station on King George Island. I was doing some geological reconnaissance that required short boat trips around the eastern side of the island. I spotted these Chinstrap penguins resting on an iceberg shortly before a snow storm arrived. Luckily, I was able to capture a few pictures before the snow began to fall and we had to return to base.”

He adds, “When sailing Antarctic waters you will often see different types of icebergs. Some of these floating islands are great resting places for hunting penguins who can travel many kilometers, before jumping back into the icy water.”

Potocki speaks four languages and travels the world in his research into everything from ice cores in Chile to how groundwater levels impact the speed at which sand dunes move in the Sahara. In fact, Potocki responded to my request for information by email from a remote location in the mountains of Nepal. The scientist, originally from Poland, is a doctoral student at the University of Maine’s Climate Change Institute in the U.S.

He says he appreciates photography as the universal language through which the story of the earth, in all of its majesty, resilience and fragility — and our human impacts on it — can be shared. 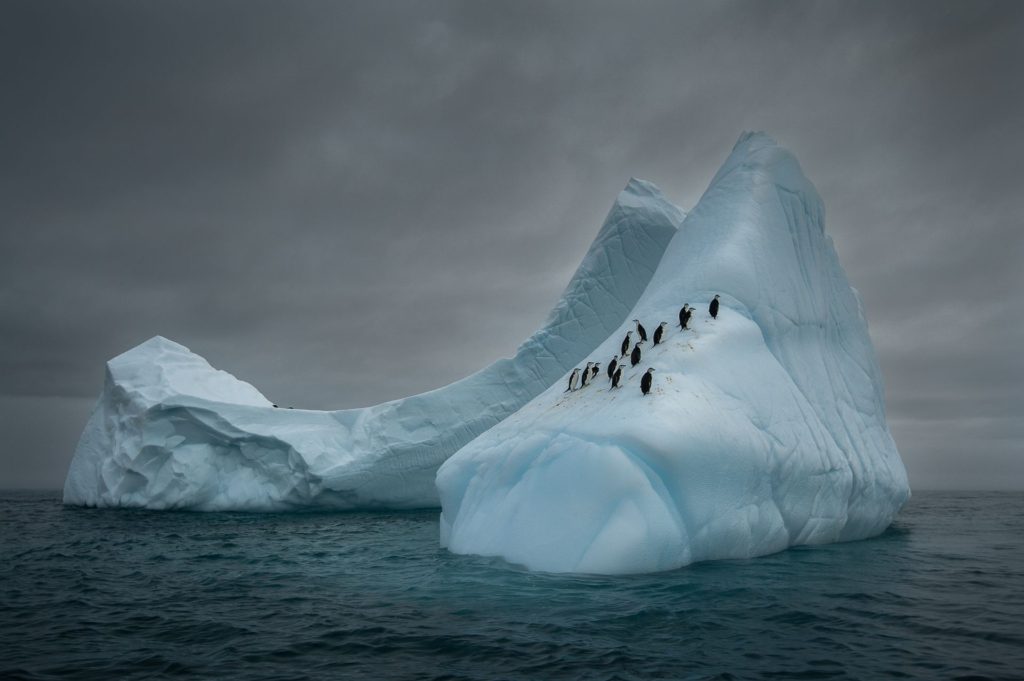