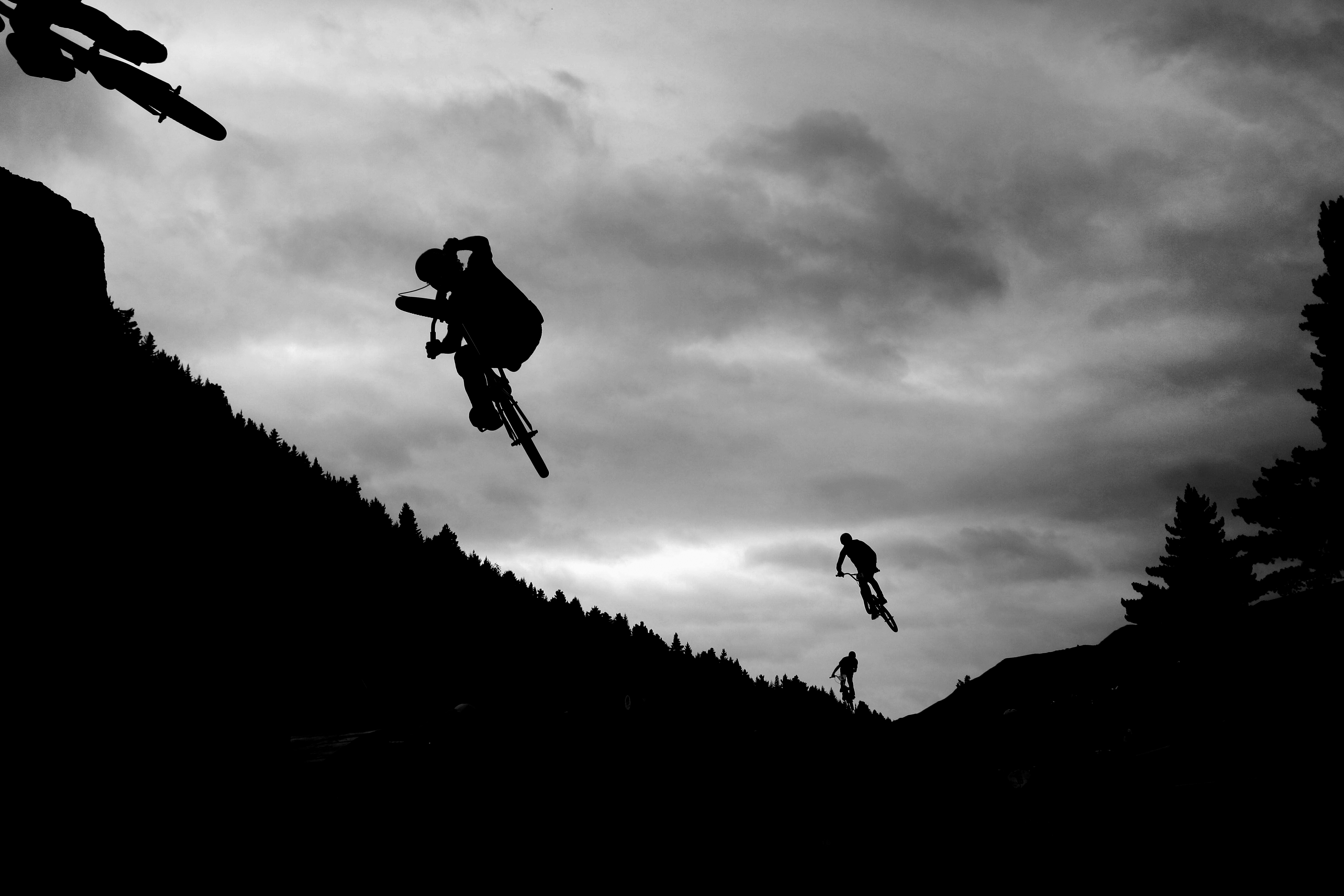 Competitors in action during the ‘Red Bull Roast It’ BMX competition with riders from around the globe competing at the Gorge Road Jump Park, Queenstown, South Island, New Zealand.

As a young photographer, Tim Clayton found inspiration in the work of fellow British photographers Eamonn McCabe and Chris Smith, who were at the forefront of sports photography in Britain in the 1980s.
“I used to rush out early every Sunday morning to buy the Observer and The Sunday Times to see their work,” Clayton says. “I look at many of my images and see the influence, particularly Chris Smith’s, who created amazing art with his sports photography and whose artistic eye I try to emulate.”

The legendary Chris Smith says in an email that he was influenced and inspired by others as well. “I always thought very highly of Gerry Cranham who worked in sport, but not exclusively. Terry Fincher was a wonderful character, as well as a photographer and had a very positive influence on me. Then internationally, scanning Sports Illustrated was always rewarding. But my interest was not exclusively to sport. I admired the work of the likes of Eugene Smith and of course the great Cartier-Bresson. So when I I started to specialize in sport, I suppose I took that  influence  of reportage with me.” 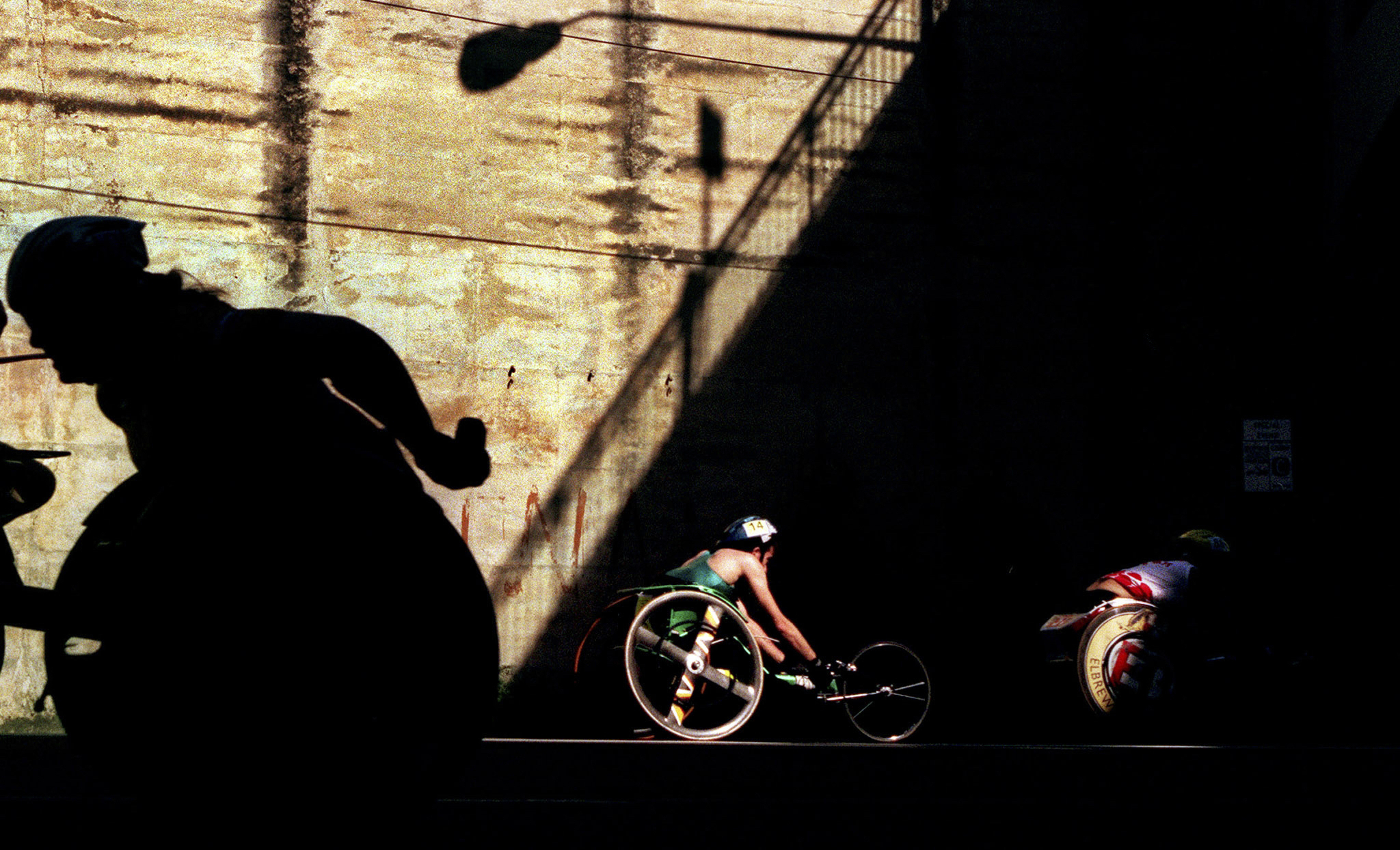 Louise Sauvage (left) in action as Wheelchair athletes compete in a 10-kilometer road race on Australia Day around the rocks area of Sydney. Australia.

Smith also says he learned to compose his images with various design, color and composition factors in mind.

“Shooting in black and white was very formative. Putting it very simply, in color, a figure in red stands out against a green background. In black and white, it’s a grey-on-grey, so your subject doesn’t stand out.  So the challenge was to find a way around that problem. In short, it made you think. You viewed your subject in terms of light and shade ( in many ways the simpler the better ) and the shape/forms they make. So I suppose my work is an extension of that idea, while at the same time attempting to lead the viewer to the story behind the image.”

Last year, Clayton won first place in the “Sports in Action” category at SIPA with his dynamic image of the Great Britain cycling team winning gold at the Rio Olympic Velodrome in Rio de Janeiro, Brazil. This year, he is a SIPA juror. 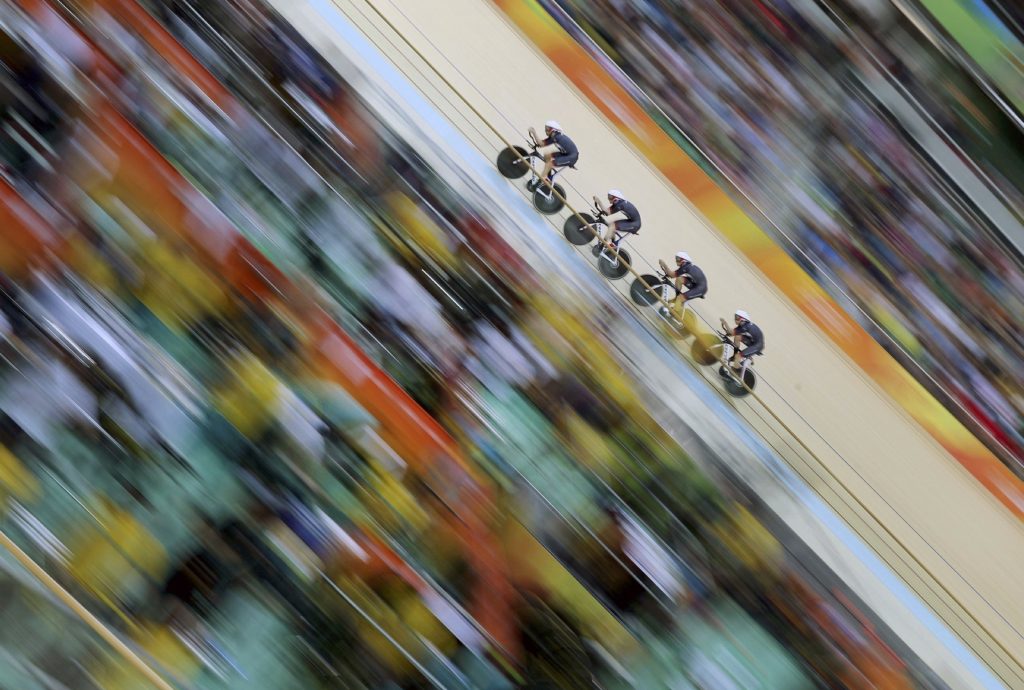 Clayton trained at Yorkshire Post Newspapers in his hometown of Leeds, UK, for a decade before moving to Australia in 1990 where he became Sports Photographer for the Sydney Morning Herald, a position he held for 18 years. He’s currently working as a freelance photographer. He has covered eight Olympic Games, five Rugby World Cups, and the FIFA World Cup. He’s also received eight World Press Photo awards, including three first-place prizes in 1994, 2004 and 2007. The Observer Sports Magazine (2003) included four of Clayton’s images in its selection of the 50 best sports images of all time. 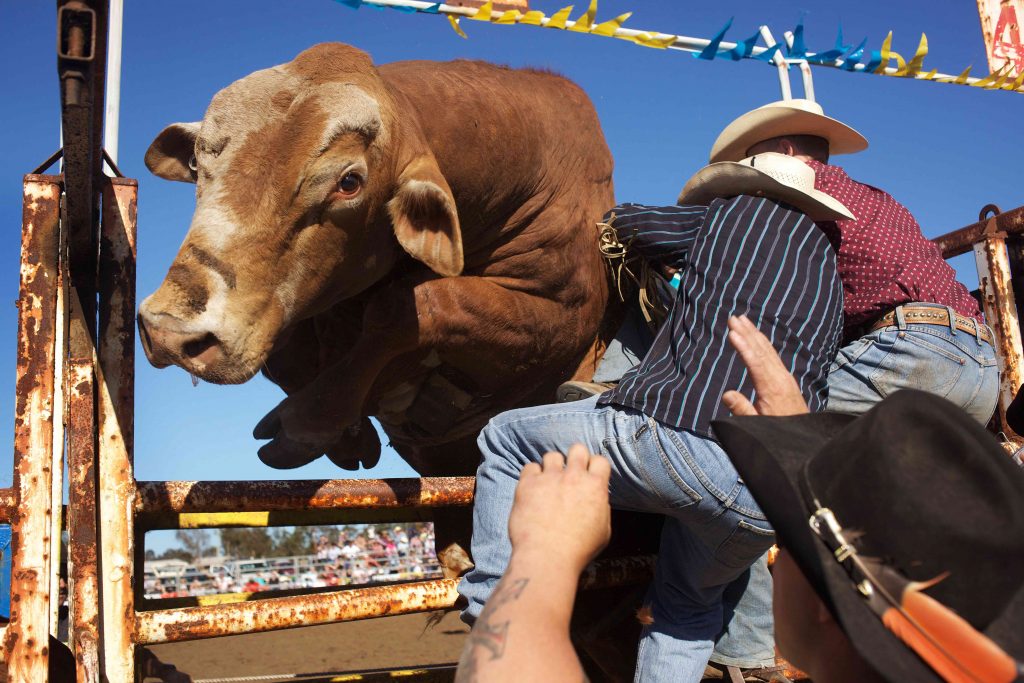 Cowboy’s struggle to keep a bull in the chute as it struggles before competition during the Novice Bull Riding Event at the Branxton Rodeo at Branxton, Hunter Valley, New South Wales, Australia. 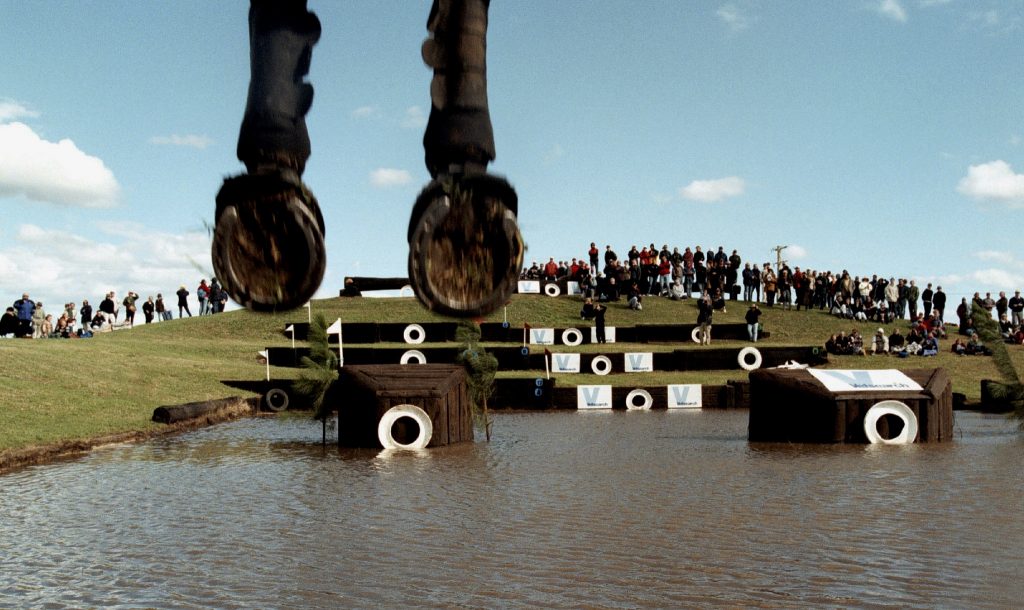 A gallery of spectators surrounds the water jump as a horse’s hooves appear over the jump at Lochinvar during an equestrian three-day event.

While Clayton loves his profession and continues to find satisfaction making images, he is disheartened by the impact of the downturn of media in general on all genres of photojournalism.

Society’s desire for quality, he says, is “out the window, replaced by social media….Picture editing has reached an all-time low. Top newspapers and magazines don’t buy the best image anymore.”

But that’s not stopping him from staying true to his personal excellence and artistic goals, and says there are glimmers of hope, like the high-quality standards exhibited by SIPA. 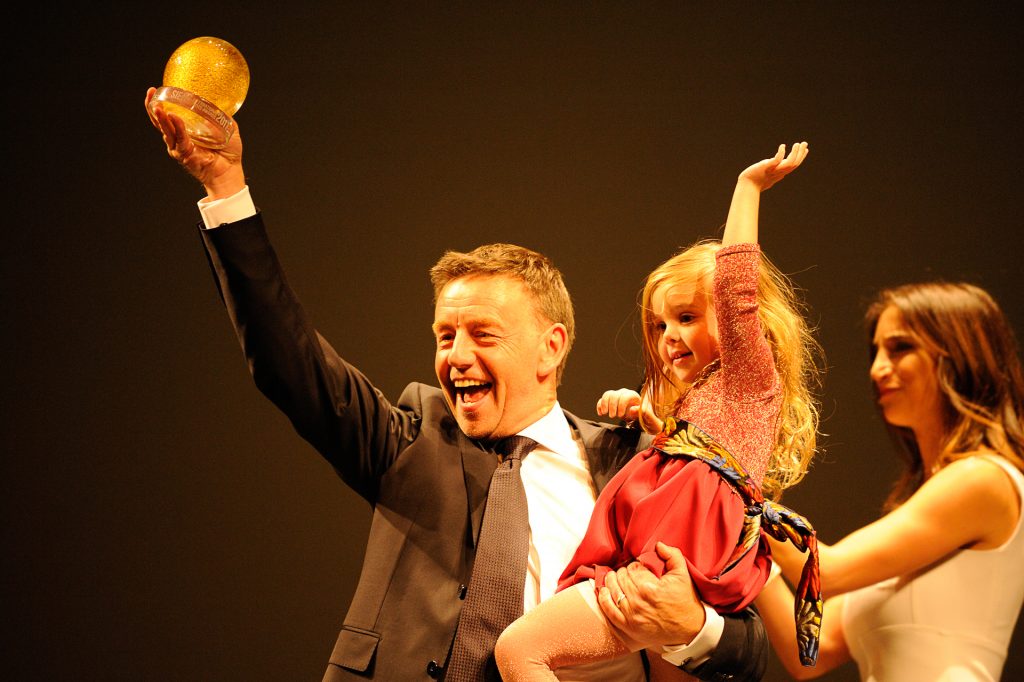 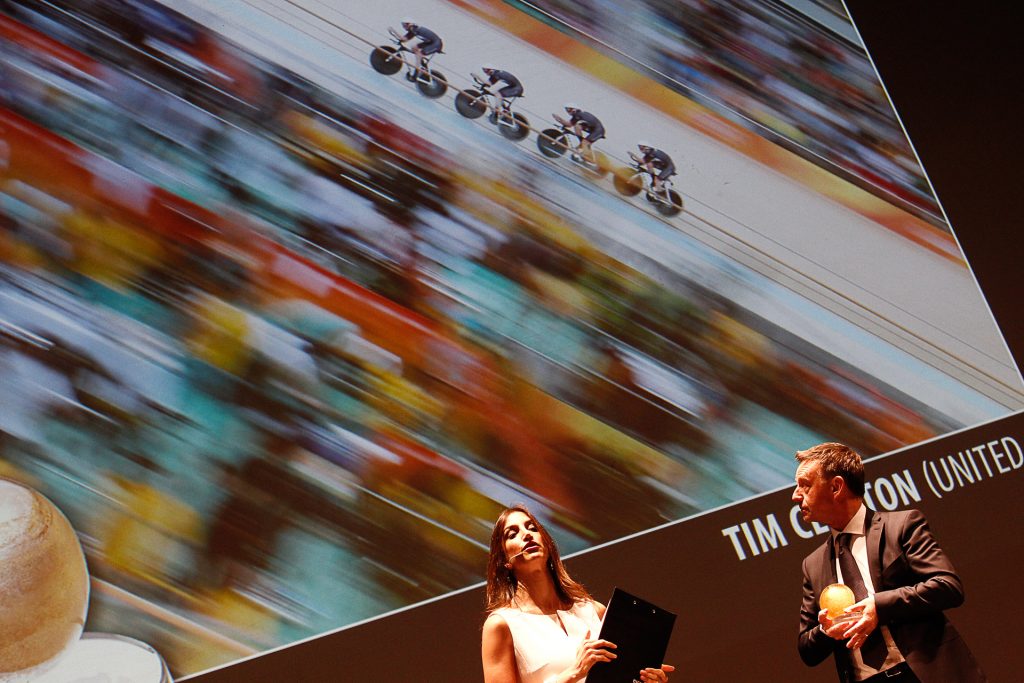 “I found SIPA to be a very refreshing and innovative competition experience. The winning selections are mostly positive and go beyond the traditional norm of competition styles. While some international competitions are depressing, SIPA is exhilarating. I applaud their direction.”

Clayton also has high praise for the Siena. “It is an amazing city in an exceptional region of Italy. I could live there in a heartbeat.”

Although Clayton expresses disappointment in the direction of photojournalism in a media-saturated world, he encourages young sports photographers to stay true to their craft. 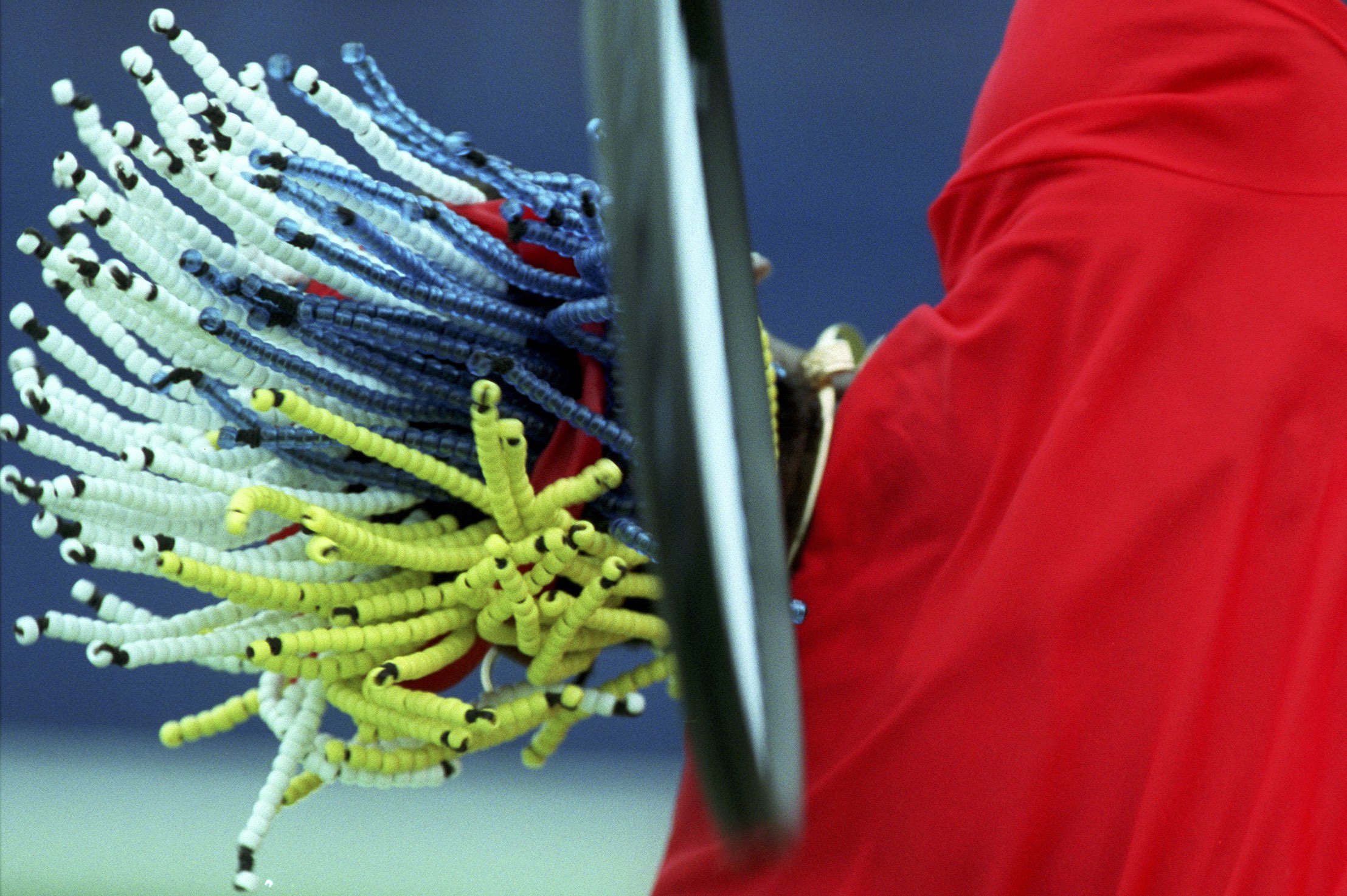 “When you set out on any sports assignment, you want to produce your absolute best and no matter what is happening in the industry, you have to stay positive and produce work that you consider to be of a high standard,” he says. “This is your standard, not the industry’s, not publications. It’s about pride in what you do, pride in trying to push yourself to the next level by failing forward because photography is a failing forward process. We are never there, but we are always striving for the next level.”

These days, Clayton is busy with international assignments. Among his favorites are the Olympics and tennis competitions. 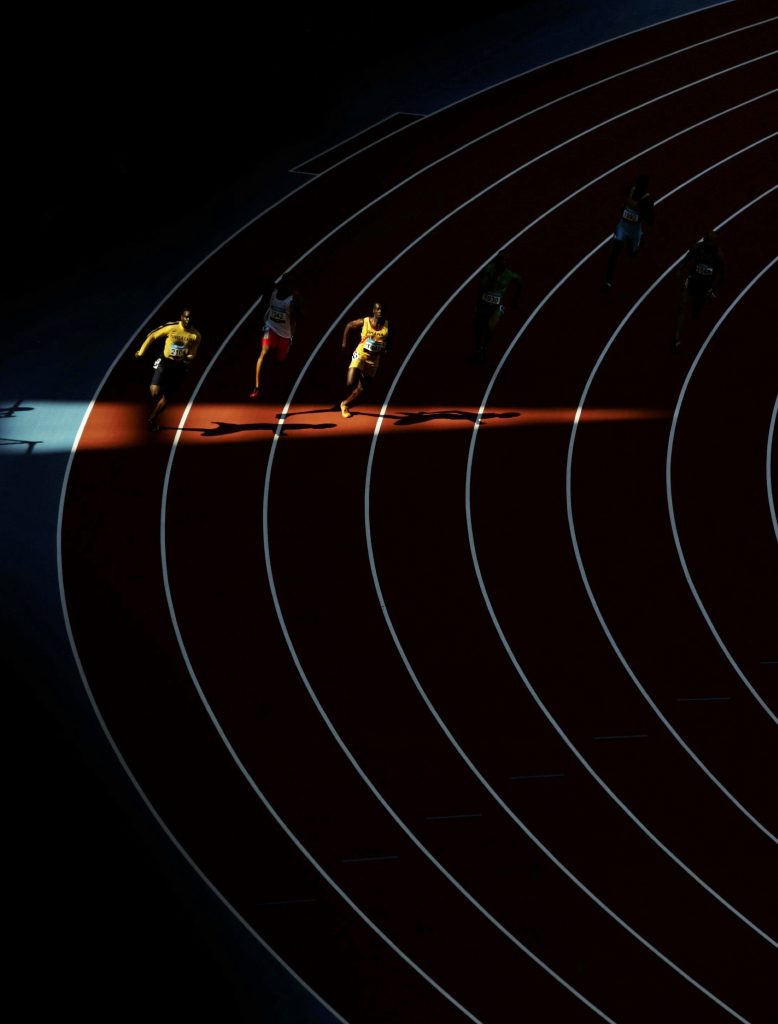 Athletics Men’s 200m heats. Darian Forbes of Turks and Caicos Islands, left, and Seth Amoo from Ghana run into the patch of light while running the bend of the men’s 200m Round one heats. Commonwealth Games.

“The Olympics, both summer and winter are a photographer’s vintage wine cellar,” Clayton says. “A smorgasbord of amazing options of what to shoot. The choice is endless and everything is amazing. You just can’t get enough. Sleep is not an option.”

He also enjoys the tennis grand slams, “particularly Roland Garros with the clay courts and beautiful light and Wimbledon with its pristine grass courts, no advertising and packed crowds – quality events that are brilliantly run and examples of how to run absolute quality sporting events.”
But the photographer known for shooting high profile athletes at major sporting events also enjoys the challenge of shooting lesser-known competitions.

“While it’s awesome to cover the big events, it’s often the smaller ones that give you great satisfaction to shoot,” he says. “For example, everyday people challenging themselves, crawling through the mud in endurance events, is one that comes to mind.”

Learn more about Tim and his work at https://timclayton.photoshelter.com/index

A shower of late-afternoon rain is caught by the sunlight as Papua New Guinea goalkeeper Tapas Posman kicks the ball clear during a match against New Zealand as part of the Oceania Nations Cup Championships in Auckland, New Zealand. His team lost the match nine goals to one.