In August 2013, Chinese photographer Yuan Peng (3rd Classified, Storyboard, SIPA 2018) learned that twin girls, Liu Bingqing and Liu Yujie, born in 2007, were training at a sports academy in his city of Jining, Shandong Province, China.  The idea of documenting their life at the gymnasium intrigued him. He told their coach about his idea and earned her acceptance, as well as approval from the girls’ parents. 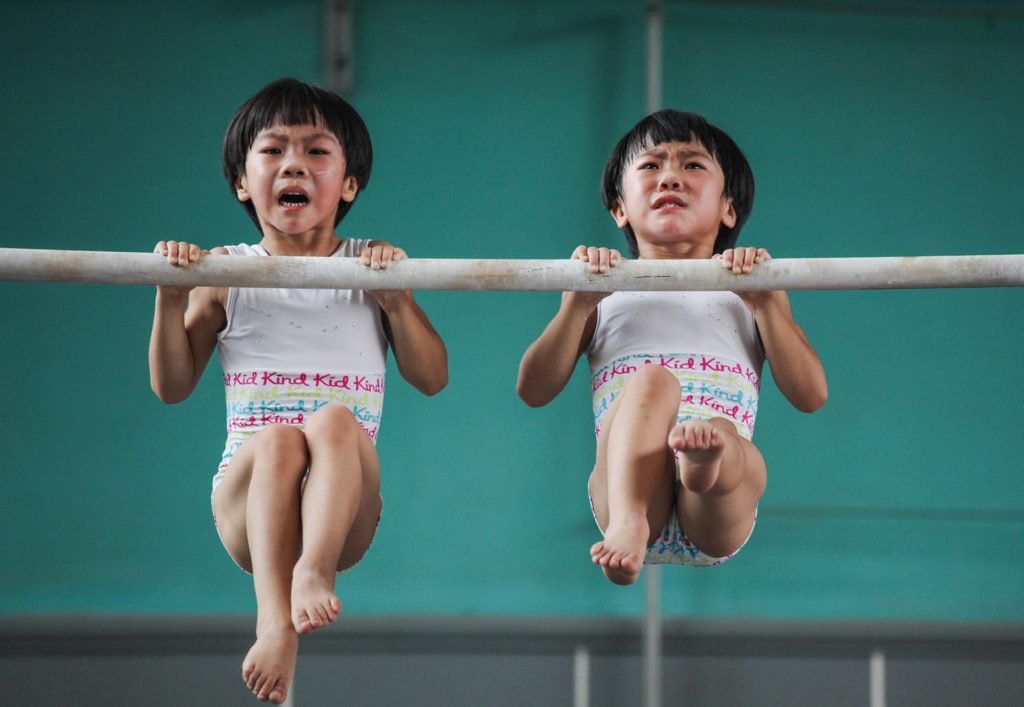 The twins training in simple movements on the horizontal bar.

“My daughter was about the same age as the twins at the time,” Peng says. “I am good at communicating with children of this age, so it was easy to get the twins’ trust.” 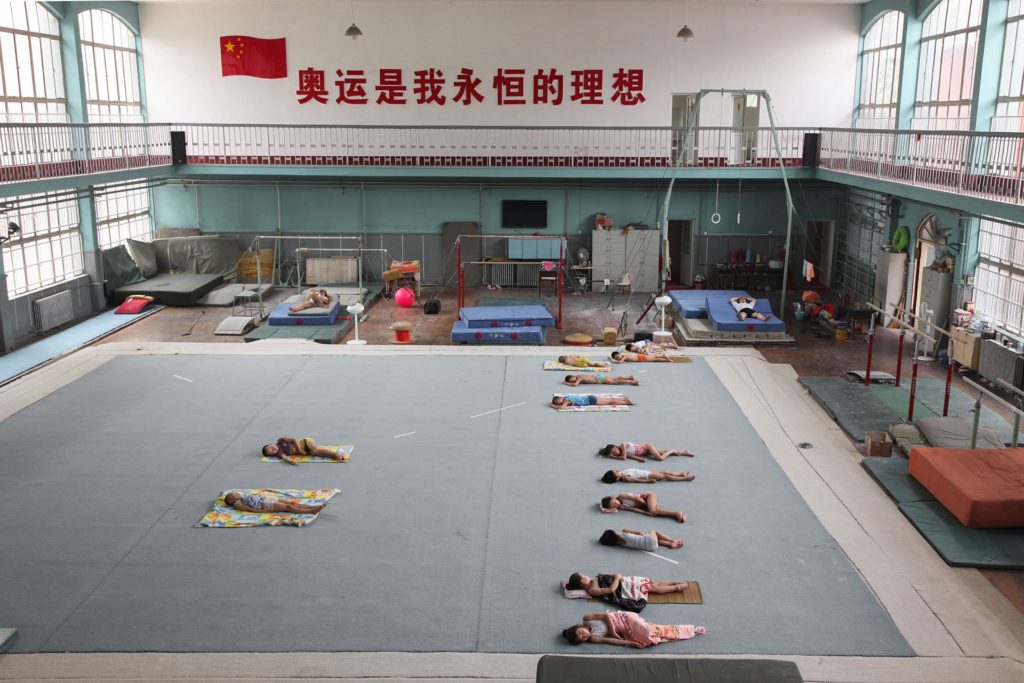 Each day at noon, the children sleep on the gymnastics training floor.

But he didn’t shoot for a long time. Finally, for about a period of one month of that year, he documented their training and dedication to gymnastics and published the work in 2016. The award-winning series earned Peng a First Place prize in the Sport Category presented by the 2017 Sony World Photography Awards. 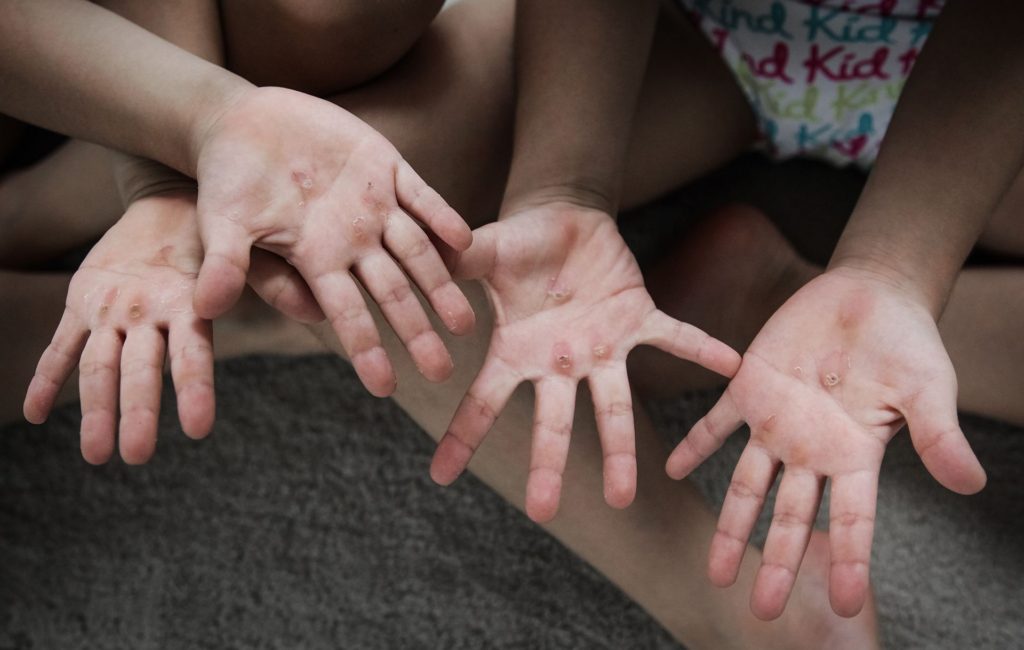 After a long time training, the twins’ hands were full of blisters

Peng said he wanted to capture the twins’ “telepathic coordination, mutual assistance and dependence on each other in daily training.”

He also focused on capturing their individuality.

“I worked hard to find and capture their differences in the hope of unveiling the characteristics and forms of twins in competitive sports,” he says. 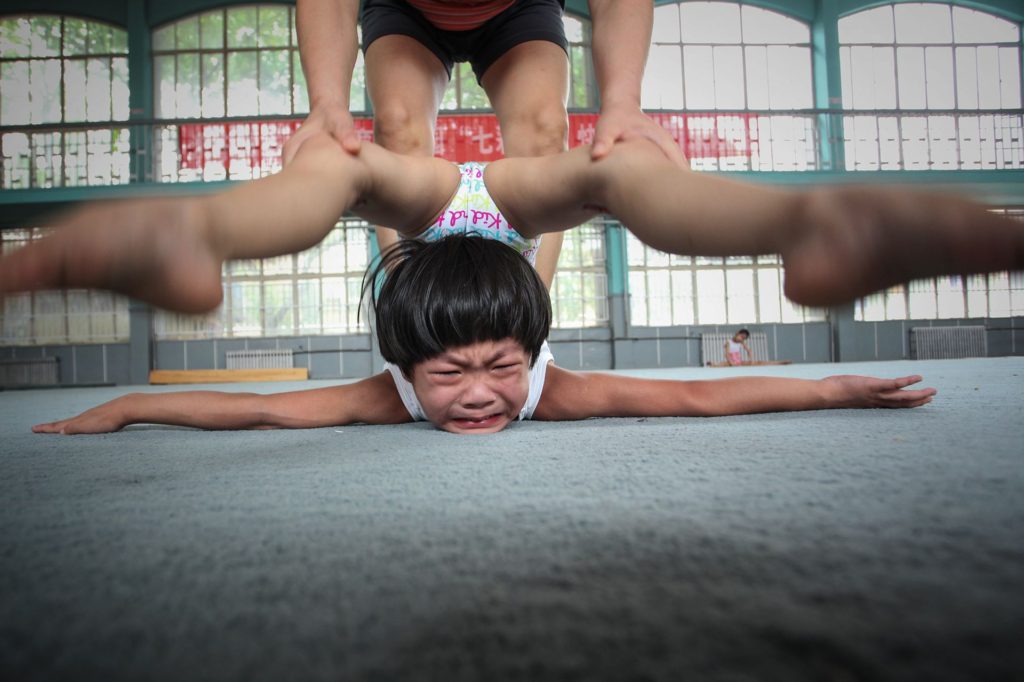 Peng’s work is praised for dealing with his subjects in a revealing, but non-voyeuristic way, conveying the hopes, dreams and struggles — the grueling physicality and emotion —  of the child athletes. Because he took time to get to know them and their families, Peng said it wasn’t difficult for him to basically fade into the background while shooting.

“I didn’t affect their training — it was as if I didn’t exist.” 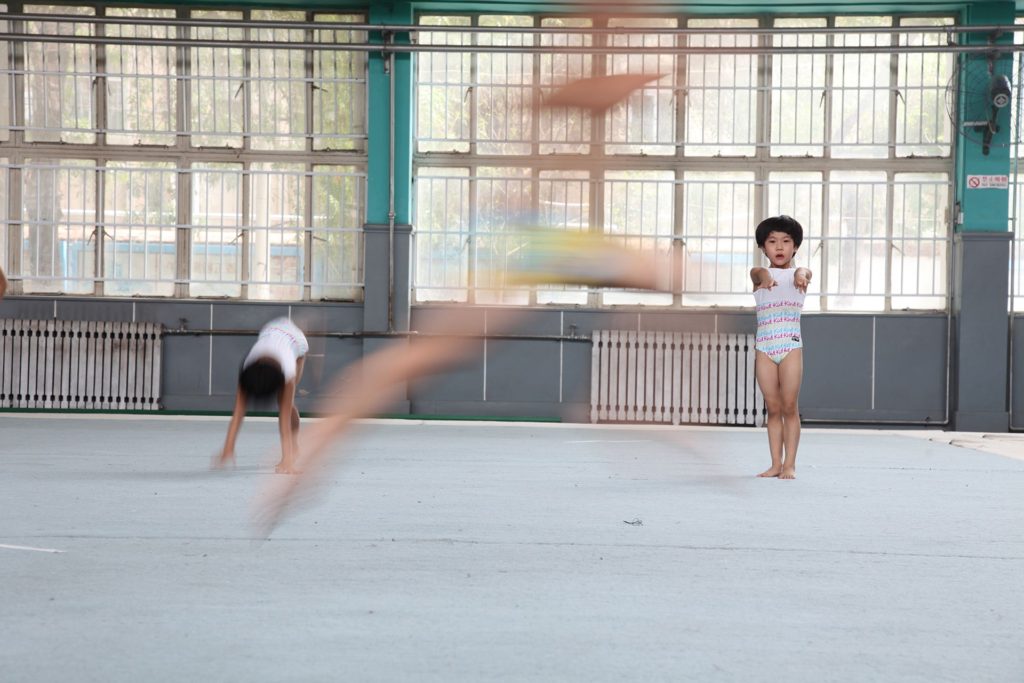 The twins in training.

Since the publication of the series, Peng says the girls have changed direction and are now training as divers.

“In the next few years, I’m going to keep shooting them.” 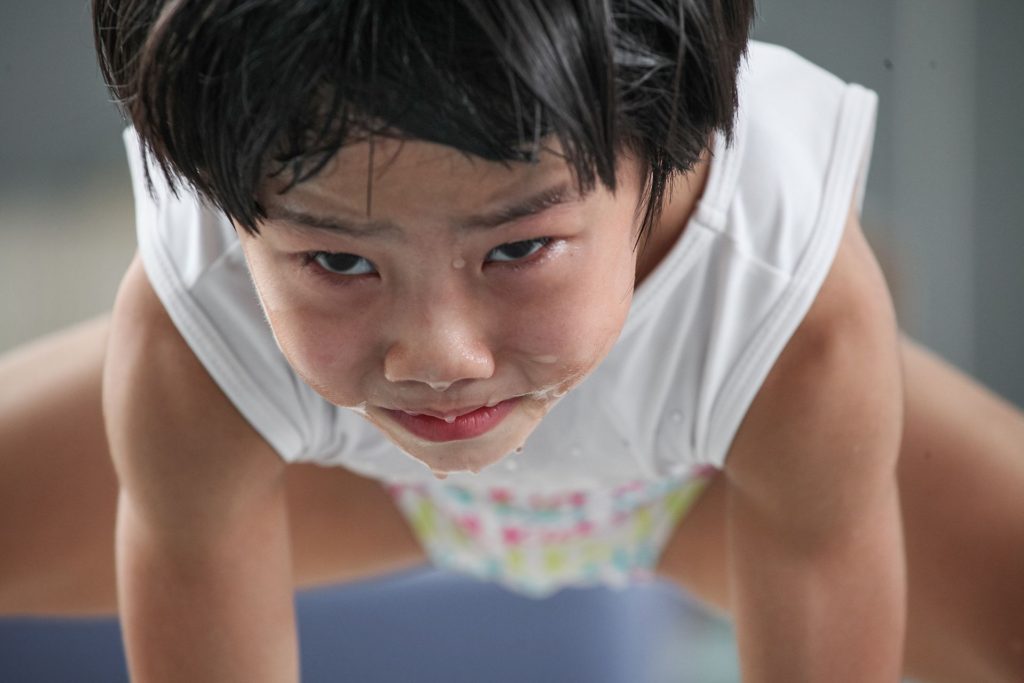 Meanwhile, Peng recently completed a project documenting China’s “Taobao Villages,” remote communities where at least 10 percent of residents (and growing) have traded farming for making trinkets and goods that are sold mostly on Taobao.com, an Alibaba-owned consumer-to-consumer marketplace.

He is also shooting a series documenting the citizens of Confucius’ hometown of Qufu. 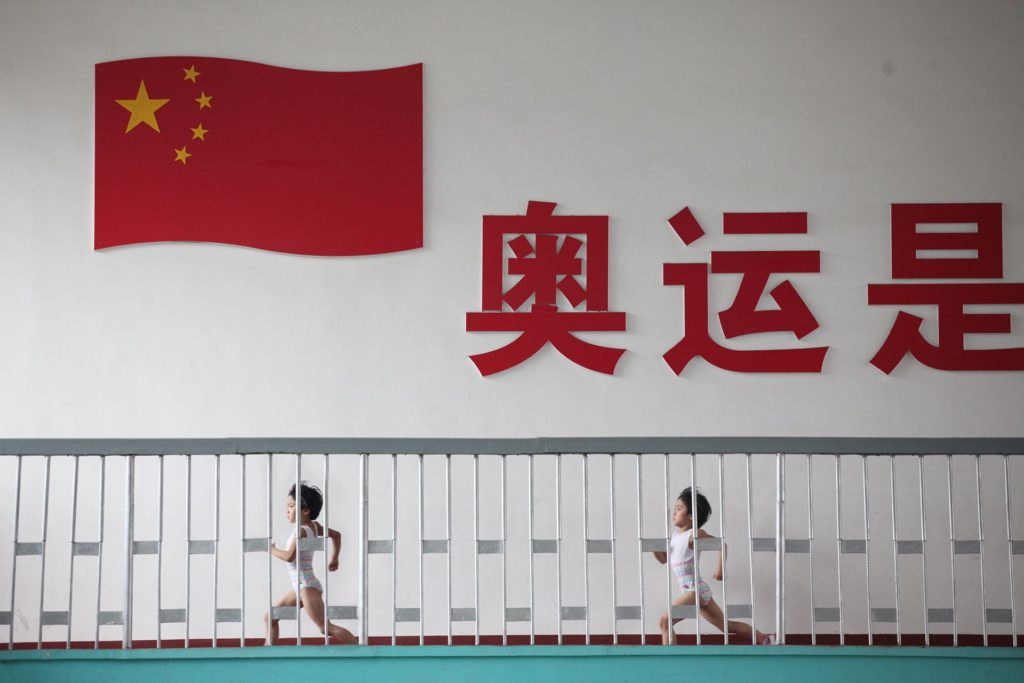 Before training, Liu Bingqing and Liu Yujie run along the corridor.