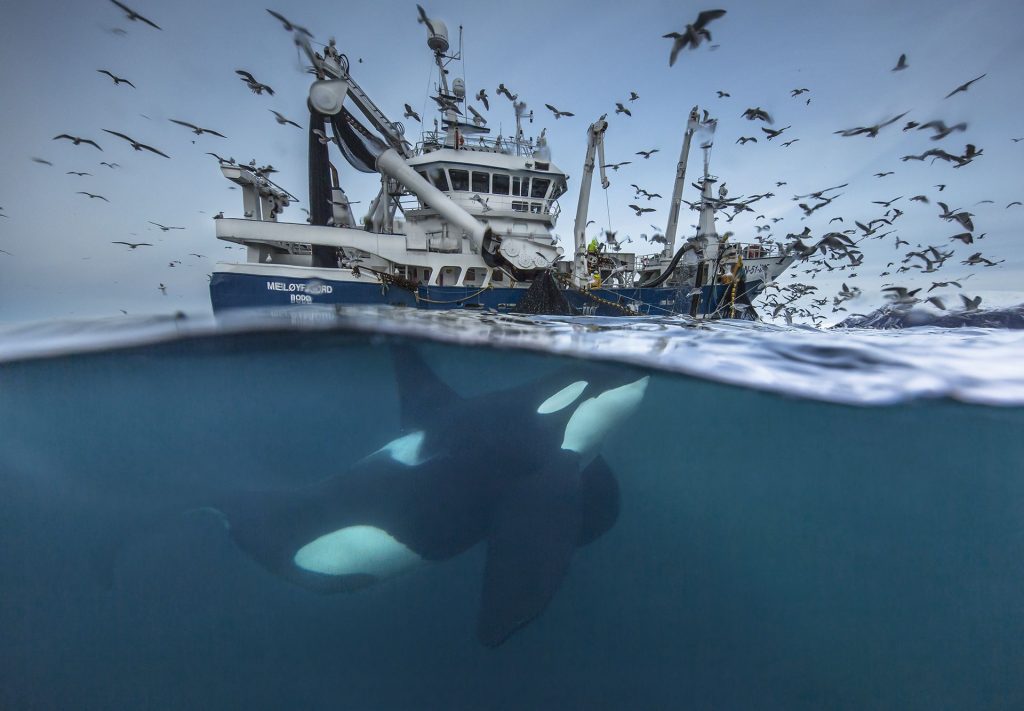 During winter in northern Norway, large biomasses of herring have overwintered in fjords during 3-4 dark winter months in recent years. This has attracted hundreds of whales and fishing vessels. The killer whales have learned the sound of the boats when they haul their herring bag nets and get attracted to the boats in hopes of an easy meal of leftover herring. A single exposure where Audun has used a self-made underwater housing.

In order to depict the world above and below the water’s surface, Rikardsen literally developed and built a unique camera system with a special protective underwater housing and a powerful flash system that makes it possible to get well-lit shots in the middle of the dark polar winter.

The project took about two years and involved nearly 100 days on and in the sea. 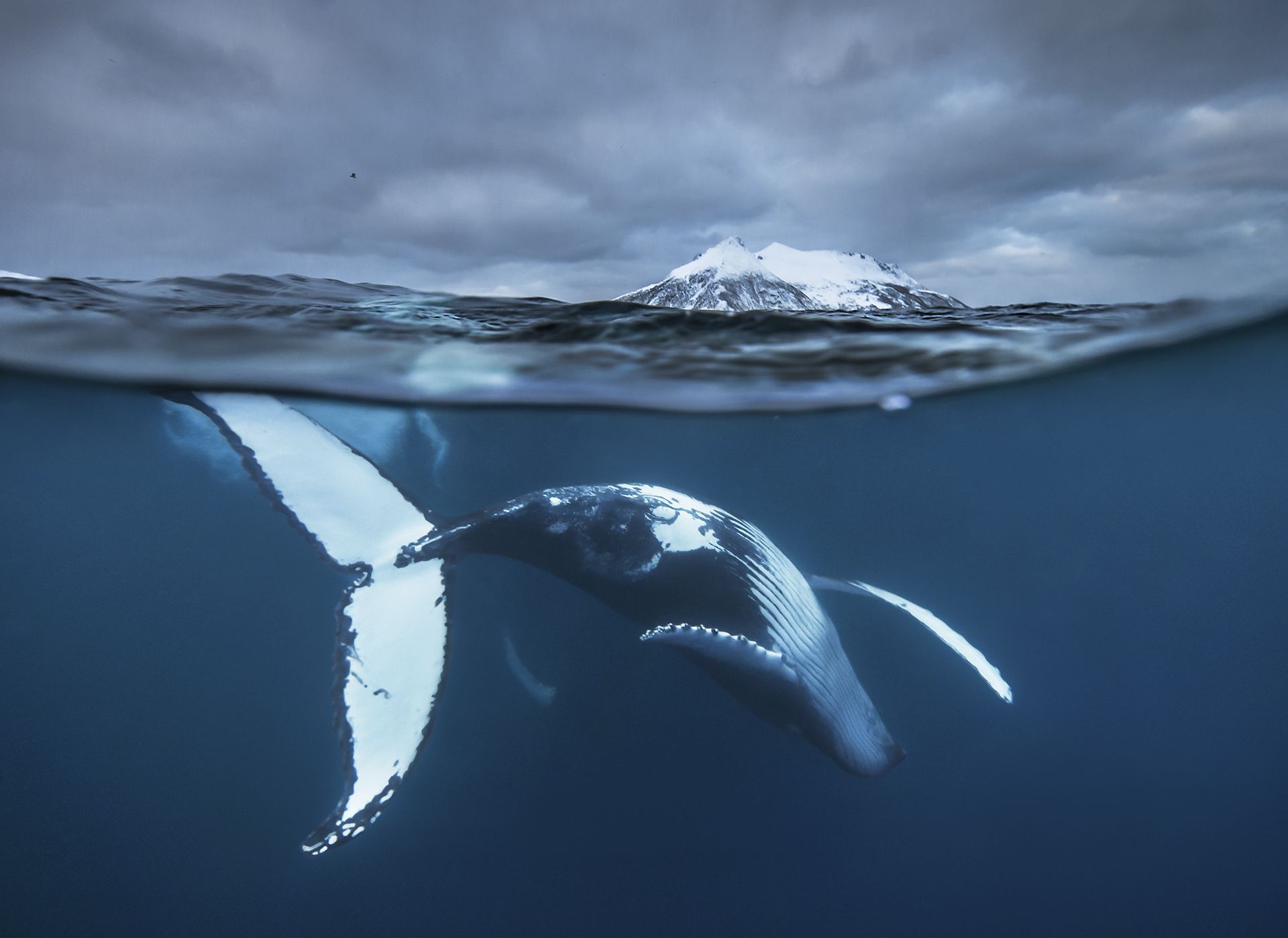 In February, the humpback whales are leaving the North- Norwegian fjords and migrate south to tropical waters to mate and give birth. At their end of the feeding season, many whales start to sing and get more playful, probably preparing for the coming romance in the south….

As a result of climate change and ocean global warming, Rikardsen says many marine organisms are shifting north. Herring, for example, are migrating for unknown reasons to some fjords in northern Norway. They overwinter there for about four months before moving further south to spawn. Of course, the food chain dynamics kick in, resulting in a frenzy of whales, sea birds, fisherman and tourists following the runs to get their share.

According to Rikardsen, who works as full time professor in biology at the University of Tromsø, some fishermen use whales to locate herring shoals. And some whales have learned that the sound of nets being hauled up signals a free meal.

“On the face of it, a win-win situation for everybody,” Rikardsen explains in his project description. “But some of the whales try to get fish directly from the nets, creating potentially very dangerous situations for both parties. All this has led to heated discussions concerning a fishing quota for herring, and the reduction of potential hazards at the point where humans and whales connect, where by some fairly drastic measures have been demanded.” 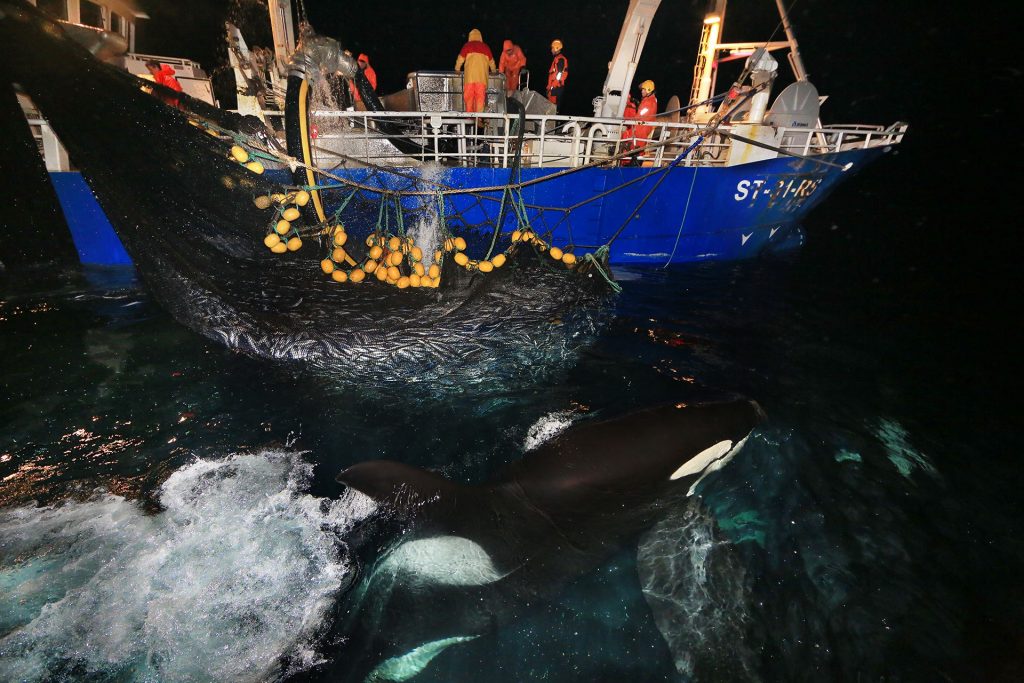 Some whales have become so trusty that they sometimes may become a problem for the fishing boats, and sometimes they actively tries to steal the fish form the fishing gear, which can in some cases destroy both the fishing gear and the herring caches but also can be a danger for themselves. 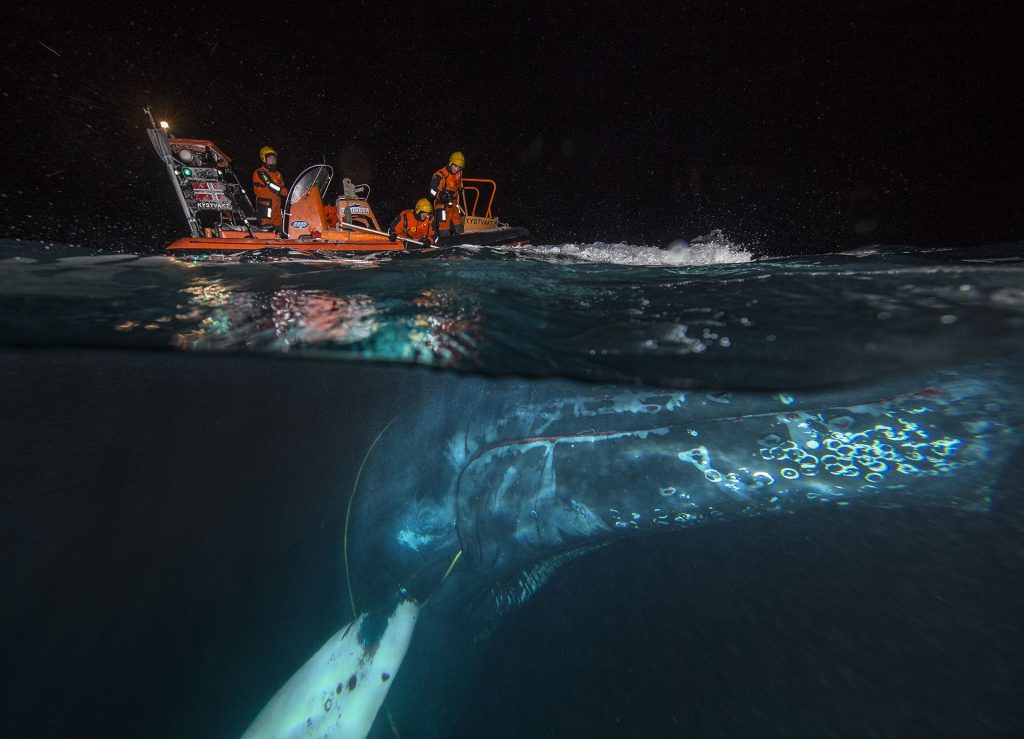 Unfortunately, because of the high density of whales and fishing vessels, some whales may get entangled in fishing or other equipment in the fjords, creating a life threatening situation for the whales. The Norwegian Coastguard and several local voluntaries try their best and often save the whales that are spotted.

Rikardsen says dangerous situations occur frequently, including whales being tangled in fishing nets or submarine cables. If they cannot be rescued, they often sustain fatal injuries. “So, what the region needs is good management that benefits both fishing activities and the whales.”

“The world of wildlife has plenty of things to discover and is constantly changing,” he told CNN. “That’s the most exciting thing — finding those points of change and documenting them.”

Portfolio category, described how he developed a close relationship with a walrus nicknamed “Buddy” which enabled him to take some remarkable close-ups of the animal. 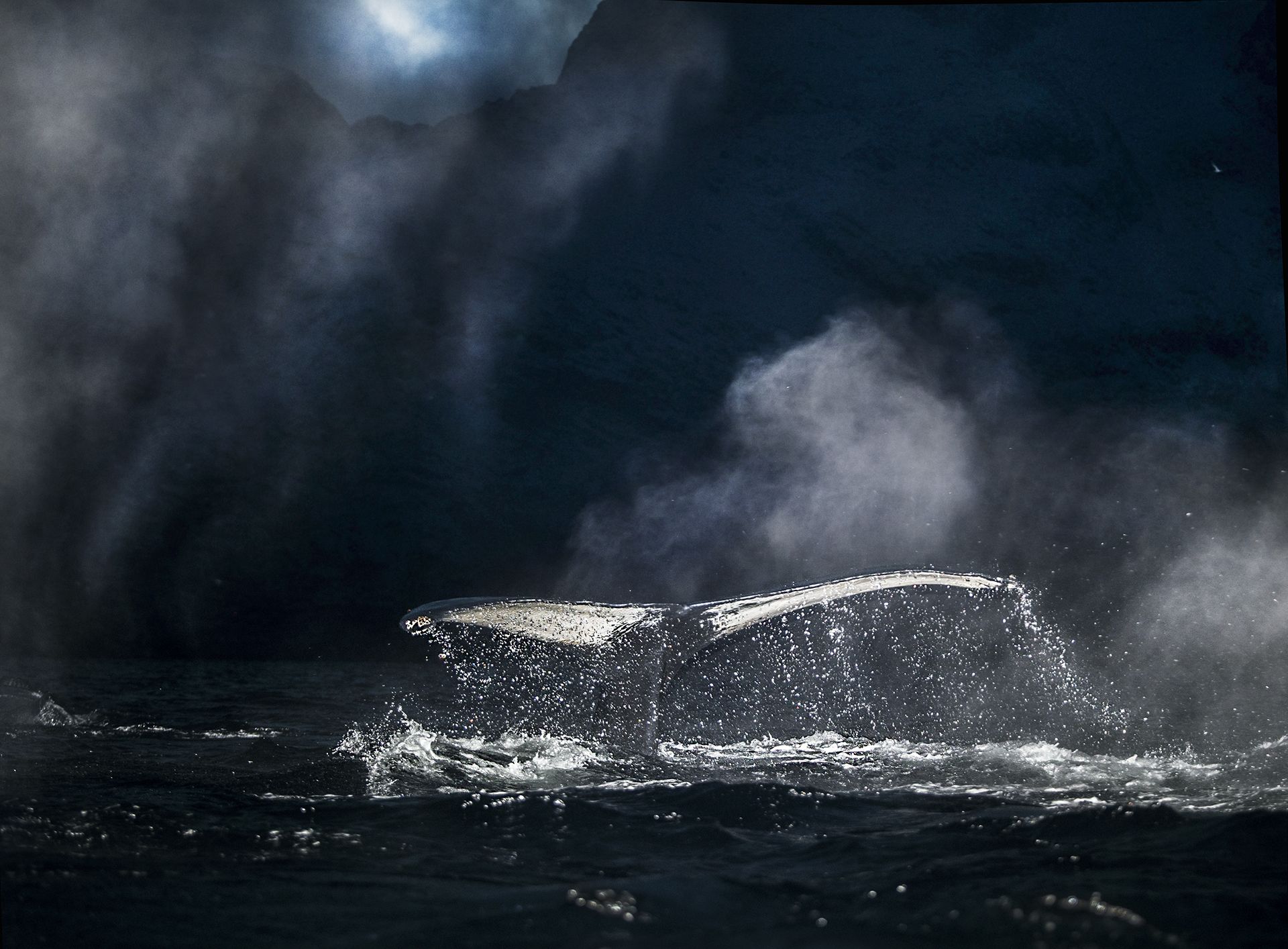 During the dark polar winter the air temperatures often many degrees drop below 0 °C, often creating a “frost steam” from the whale breaths while feeding in the fjords.

“I spent several days with him… I played with him, he came like a dog, he loves to cuddle with me. So it was a great opportunity to take pictures of this guy,” he told CNN.

He encourages anyone who is thinking of exploring nature photography to get to know their local neighborhood — a view shared by Blackwell.

“The world of wildlife has plenty of things to discover and is constantly changing,” he said. “That’s the most exciting thing — finding those points of change and documenting them.” 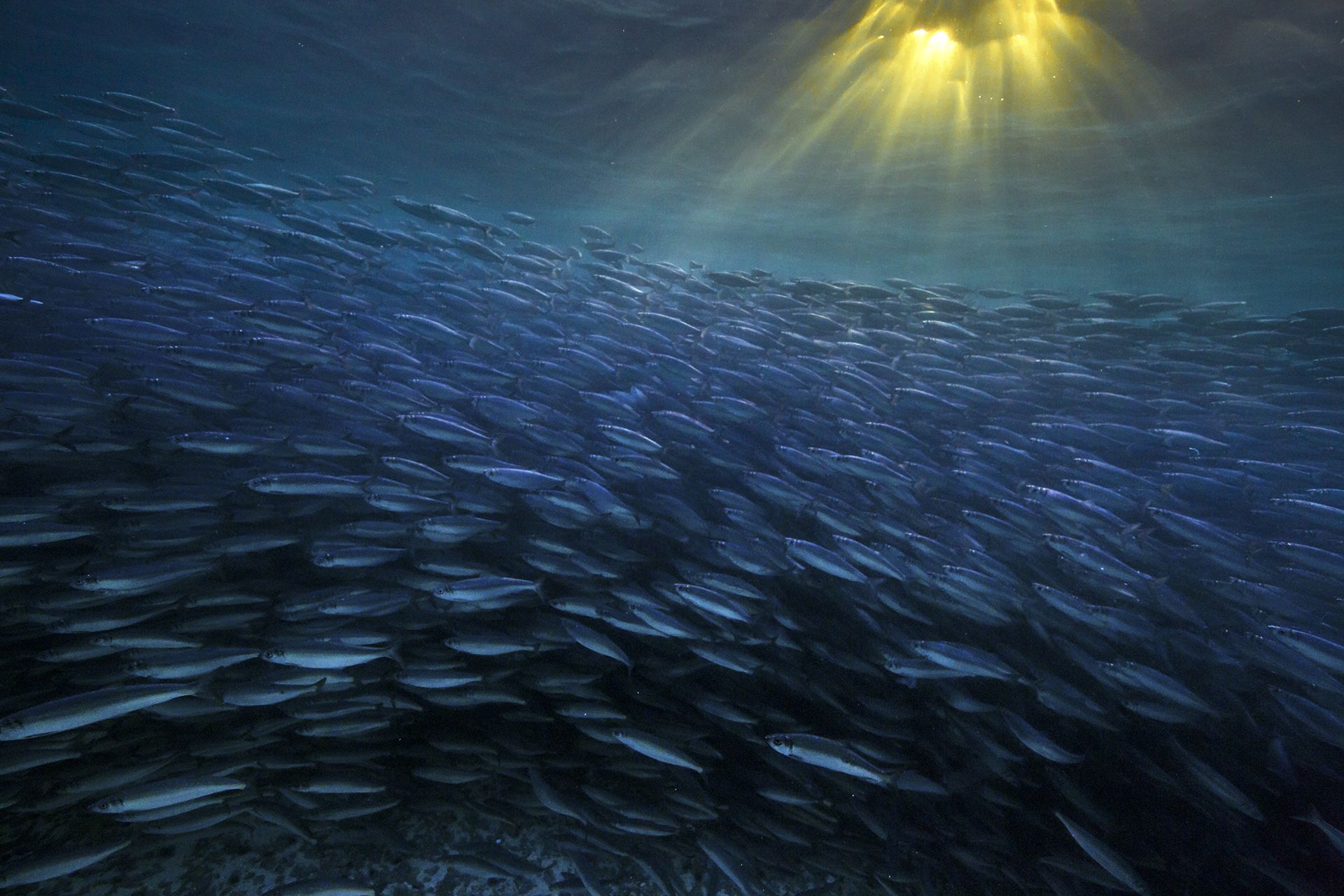 Atlantic herring arriving to the overwintering grounds outside Northern Norway in the last sun rays before the polar night settles for two months.

Audun Rikardsen grew up in Steigen, a small fishing community in Northern Norway and has always been fascinated by the Arctic’s rough landscape, culture, and wildlife, both above and below the ocean's surface. He works as a full-time professor in biology at the University of Tromsø. Most of his photographs are taken locally or during job-related field work. Photography is combined with his other interests where he utilizes knowledge about biology and the coastal area. For him, nature photography is about having fun, remembering special moments, and sharing his fascination of the Arctic coastline's wildlife and culture, often from new and unusual perspectives. He is an Ambassador for Tamron and Stavanger foto and a member of Norske Naturfotografer (Norwegian Nature Photographers).