That time of transparency film is long gone, and returning to it would be silly. But we could use more transparency in explaining how we chose to portray our world.

When I started photographing I believed that the vintage rangefinder my father loaned me recorded the truth. The simplicity of the process was seductive – I saw something and pressed the shutter. I chose to go into photojournalism because capturing those true moments appealed to me.

As with so many of life’s searches, finding truth turned out to be more complicated.

Like any tool, photography is something we curious humans find all sorts of unexpected ways to use. As I learned about the medium, I discovered that people started manipulating images produced by cameras almost as soon as photography was invented. 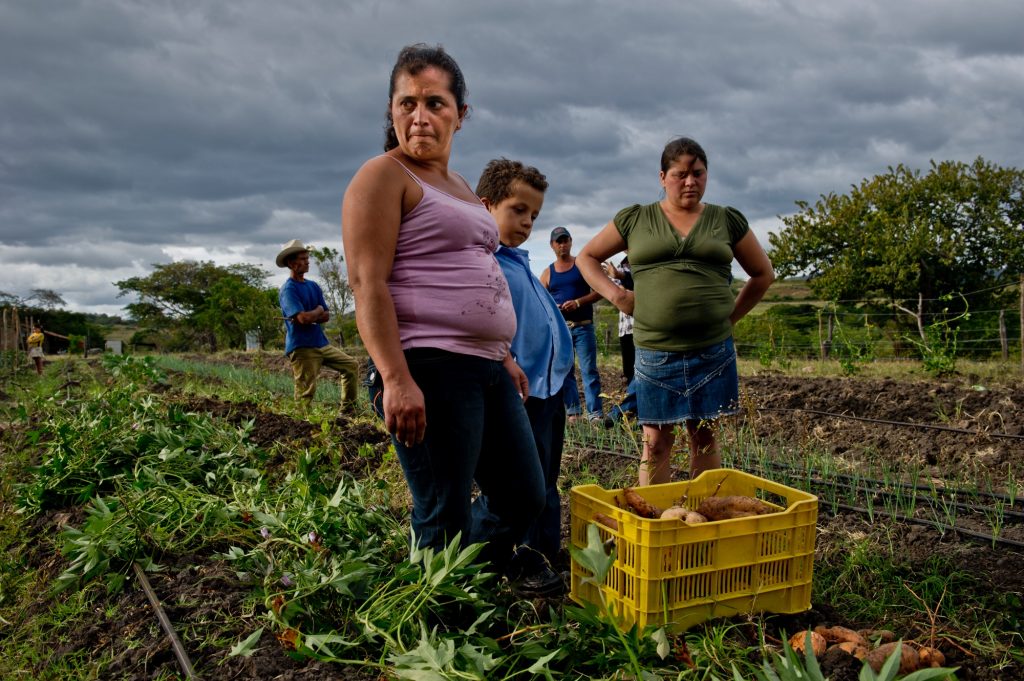 Women who are part of a saving group under A4H in La Espinal community in Nicaragua, they have a small scale farm, and make their money growing and selling their vegetables l at local markets.

Some used ink or paint to retouch negatives. Others, more daring, manipulated portraits, such as the famous grafting of Abraham Lincoln’s head onto the dramatically posed body of slavery advocate John Calhoun. Exactly a century ago, many in England came to believe that fairies were real following publication of cleverly manipulated photographs.

The Cottingley fairies as they were known, look crude today but they depicted a reality that many found appealing. Now tools like Photoshop allow us to create entire worlds. The Lord of the Rings movies fascinated my son, so my husband placed a sword swinging portrait of him into an epic battle scene from one of the films. The Wonder Woman movie is released as I write this and with it comes a story where a photographer used considerably more skill to depict his three-year-old daughter as the Amazon heroine, seamlessly montaging her into key scenes, and adding special effects.

I’m sure his daughter will treasure those images and pass them on to her own children. I’m OK with clever creations like that. They’re not pretending to be real. All the many forms of conceptual photography in art, fashion and portraits, seem like natural fits for the possibilities of Photoshop. 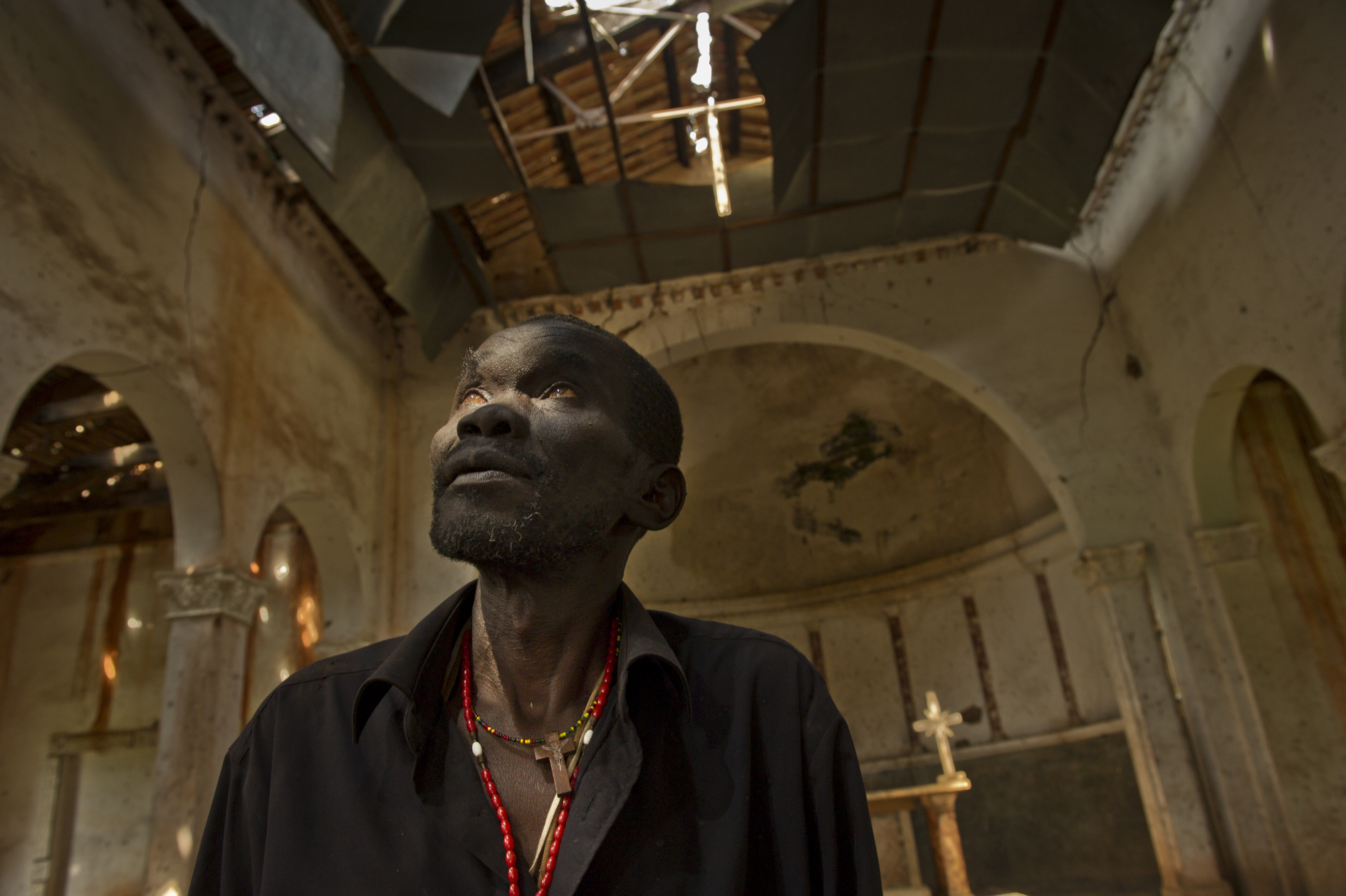 The Palotaka Church, which is overseen by the priest in Magwi was destroyed by the war. There was some direct damage, but most came from dis-repair and the inability or lack of money to fix it.
The cathechist is Paustino, Jada who is probably in his 50’s. During the war he was captured by the LRA, Lord’s Resistance army and tortured. He finally escaped and made it back, one of the few who have lived through LRA capture. while we were there part of the ceiling fell landing about forty feet from us. Soviet Antinov tried to drop bombs on the church six different times and missed.

What I’m not OK with is the growing lack of transparency about image manipulation in photography that aims to realistically reflect our world, like photojournalism. We’ve all seen such examples of manipulation, some done by very well-known photographers. Those of us who seek to document what is around us aren’t served by these practices. Nor are the people we photograph or the audiences on whose trust we depend.

As photographers, we make an astonishing array of choices every time we click the shutter. It starts with our presence, and how just being can alter a person’s behavior. When I have subjects ask me what I want them to do, I usually say “act natural.” (Whatever that means.) Then there are so many other choices – what to include in the frame, how to compose, what lens to use, where to focus, what sort of light to shoot in – all choices that we make, with great speed and often without conscious thought, up to the point where the shutter is clicked. 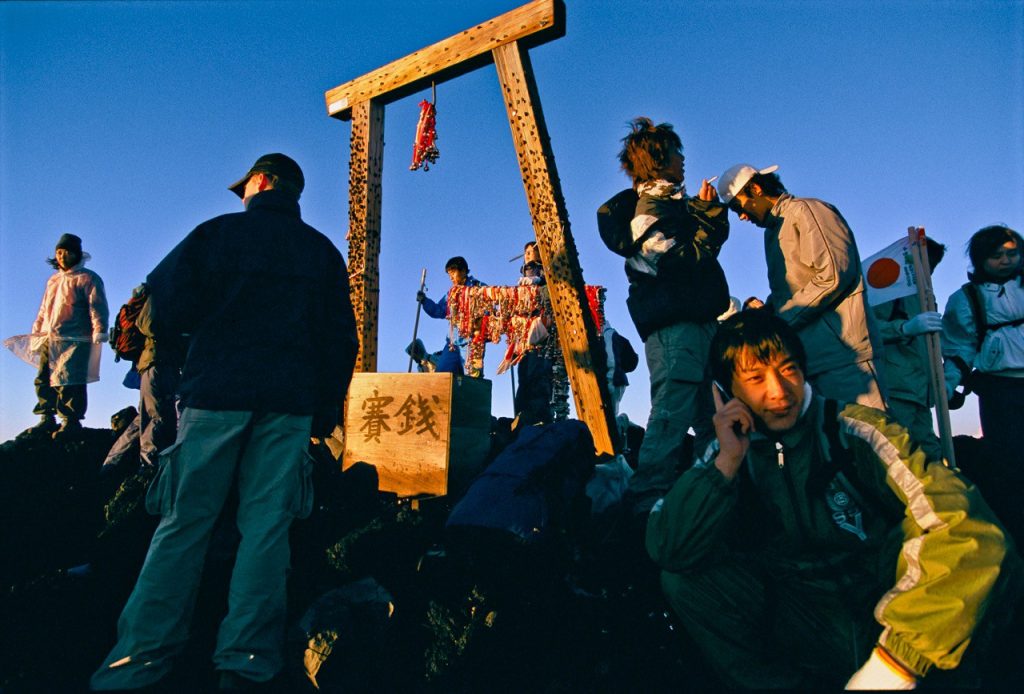 What has changed over my professional life is the ability to extend that all that choice-making process beyond the click of the shutter. Now, capturing the image is often just a starting point. Software makes simple manipulating and enhancing images in ways that defy scrutiny. As a result, we’re surrounded by images of improbable perfection. In today’s competitive professional world, the need to get noticed, and the temptation to overly manipulate images is understandable. But for journalism, such practices venture into dangerous territory, risking credibility of the publication. Many journalism contests now require review of raw files before winning entries are announced. Yet I can foresee the day when even raw files might be manipulated.

I worked for many years as a photographer for National Geographic Magazine. This was in pre-digital times, where we shot transparency film and the photo editors looked at every single image. The nerve-racking notion of sending undeveloped film halfway around the world and praying it didn’t get lost, baked on a broiling runway, or improperly developed paled next to knowing that your editor would see all your out of focus, horribly composed, badly exposed misfires. There was no place to hide. 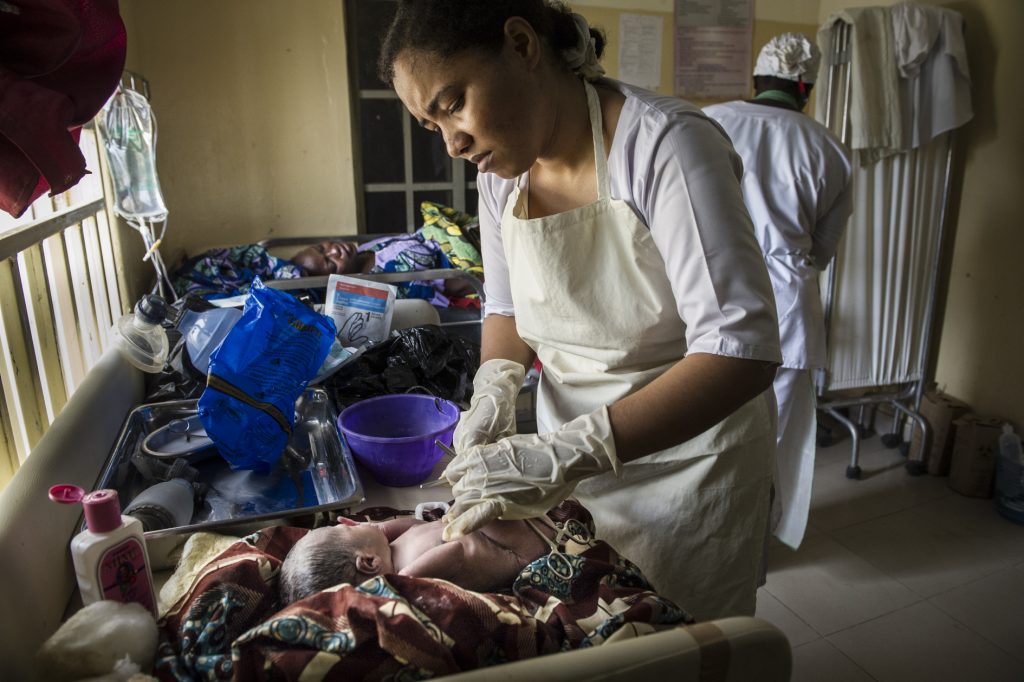 Birthing Center at the King Fahed IBN Abdul-Azezz Women and Children Hospital in Gusau, Nigeria. The women are mainly cared for by midwives, but the midwives are trained to stop problems and consult doctors assigned to the hospital. While there, one woman had a very difficult birth, she was carrying twins, one was breeched. The midwife delivered that children, but then the contractions couldn’t get the other one down so they did a C-section on her. Young midwife carrying for the child who was born vaginally.

The choices, technical, creative, and ethical, bestowed by today’s hardware and software are dazzling. Yet I wonder if this wealth of options removes us too far from the idea of a picture that is finished when the shutter clicks, of accurately reflecting the world around us, searching for the best light, waiting for the best moment. How do we keep our image-making honest?

For those of us who aspire to chase that elusive notion of truth, reflecting the world in some objective way, my suggestion is that we self-regulate and supply full disclosure. Make our viewers aware of how we got that effect. Explain what was done, be it desaturation, high contrast, HDR, NIC filters, etc. Be honest about the tools we use to bear witness to the events around us. Photography is an amazingly powerful tool, the world can be transformed by the images shared by us all, but we have to believe what we are seeing and have it correctly labeled, be it photojournalism, documentary, landscapes, wildlife, corporate or art. Each category has it’s own rules and ethics, from the strict standards of photojournalism to the anything goes world of art photography.

That time of transparency film is long gone, and returning to it would be silly and too cost prohibitive for the business model of today’s media world. But we could use more transparency in explaining how we chose to portray our world. 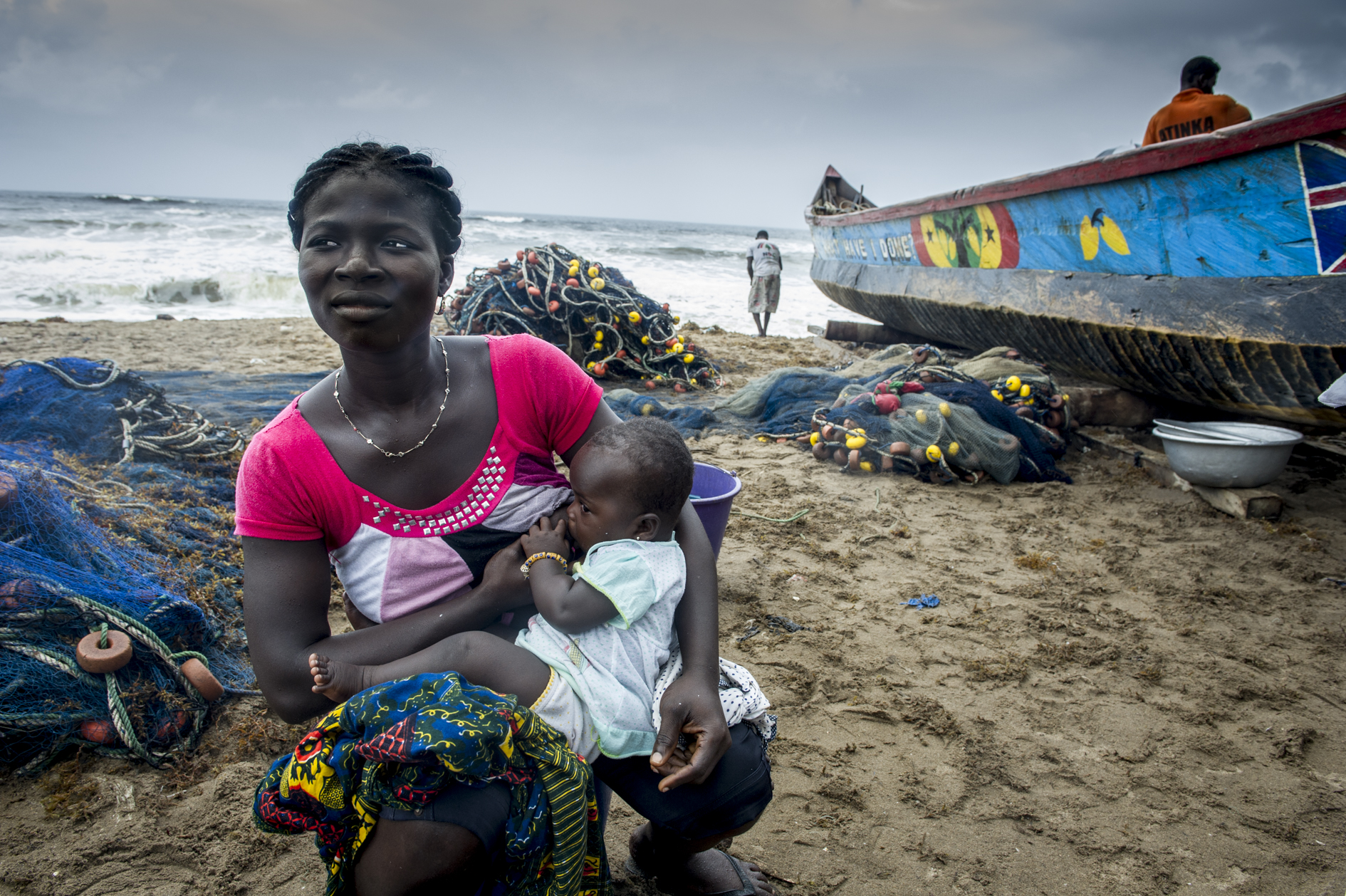 Eastern coastal area of Ghana, a consortium of oil companies that are working to build health clinics to serve the fishing community, oil rigs are off shore. Fishing community of Ewe, a boat just came in. Of course, if there was an oil spill, the fishing industry would be destroyed.