As a child growing up in a Siberian village, celebrated Russian wildlife photographer and multi-year SIPA honoree Sergey Gorshkov didn’t have television. Nature was his “entertainment” and he loved being fully immersed in the wild world around him.

But then, he contracted a particularly bad case of the chicken pox virus and was quite ill and isolated from other children for an extended period. His father brought him a Smena 8-M camera from the city to help him combat his loneliness.

From that point on, he said, photography and capturing images of nature and wildlife, “became my meaning of life.” 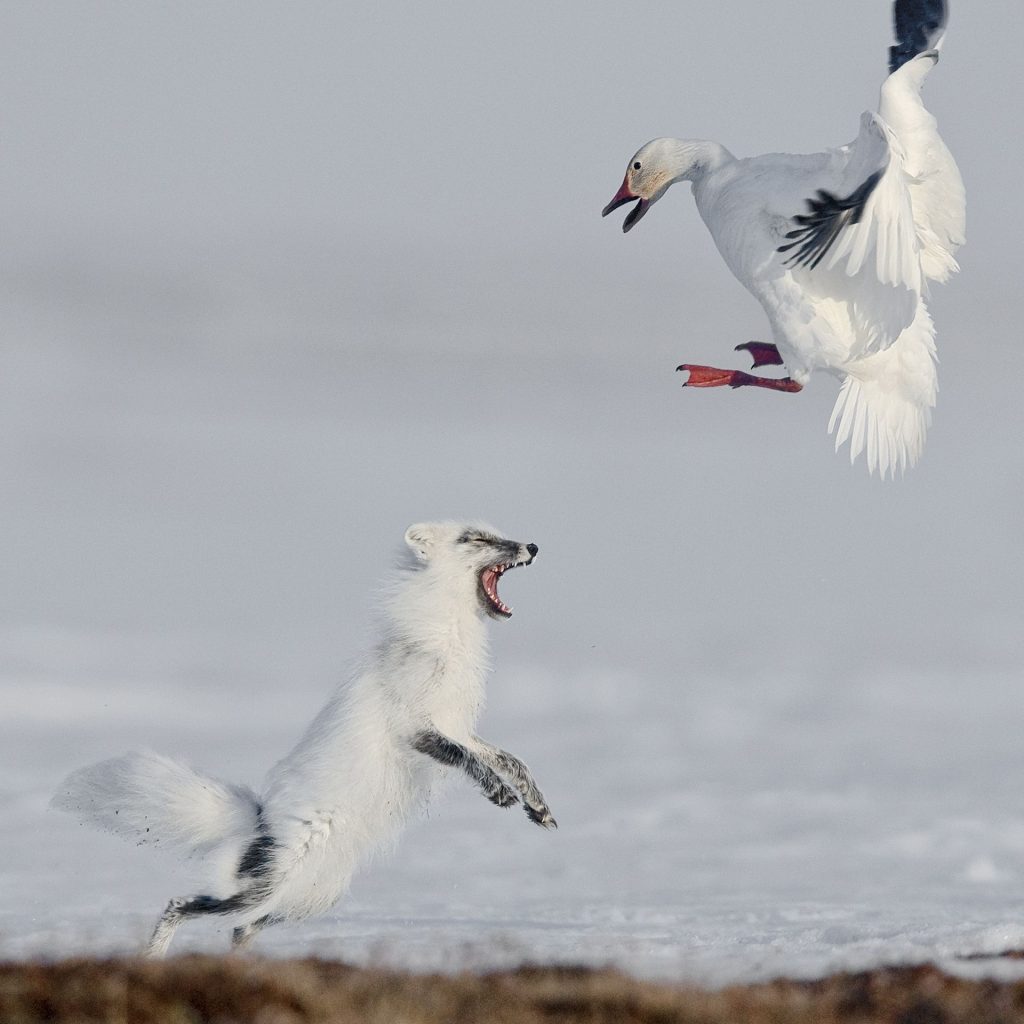 In late May, about a quarter of a million snow geese arrive from North America to nest on Wrangel Island, in northeastern Russia. They form the world’s largest breeding colony of snow geese. I spent two months on the remote island taking pictures there. Arctic foxes take advantage of the abundance of eggs and, later, goslings, catching surplus eggs for leaner times. In this image, a fox has to face a gander and must rely on its speed and guile to steal eggs. Usually, the battles were fairly equal and I only saw a fox succeed in grabbing an egg on a couple of occasions, despite many attempts. Surprisingly, the geese lacked any sense of community spirit and never reacted when a fox harassed a neighboring pair nesting close by. 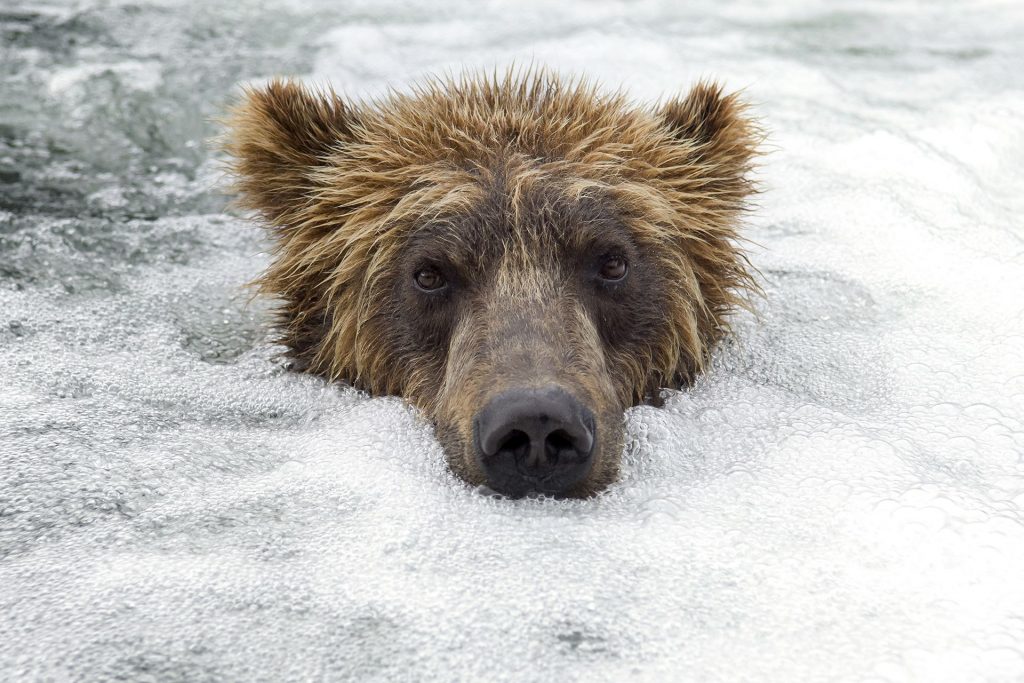 Portrait of a bear in foam, Kamchatka, Russia. 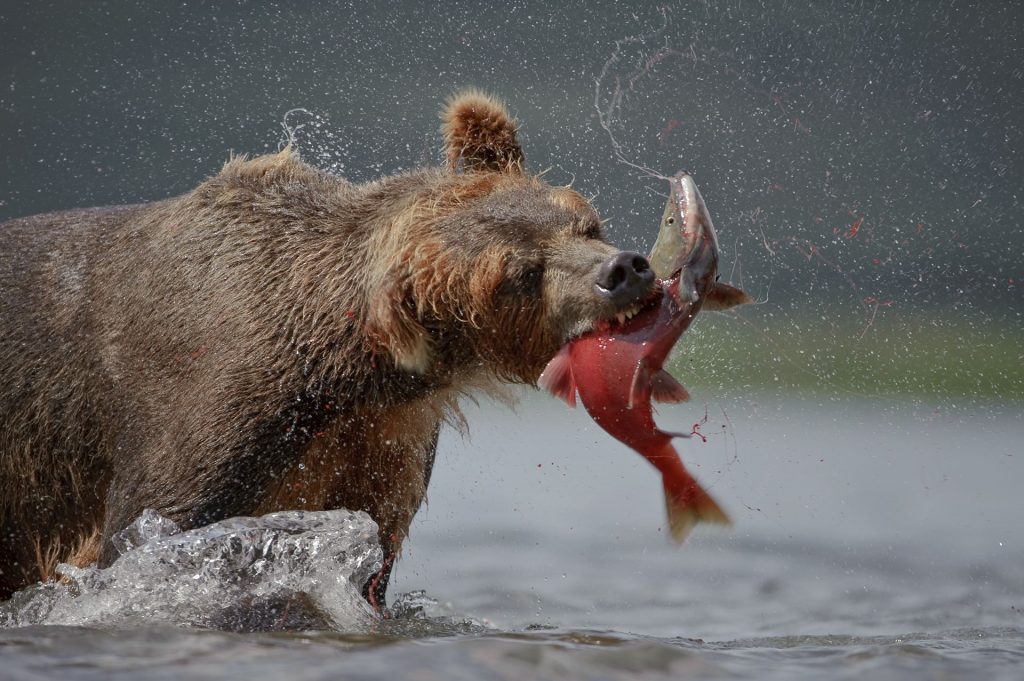 Even so, photography was a hobby for many years. In the late 1990s, he traveled to Kamchatka (a remote peninsula in the Russian far east) for the first time and was smitten by the raw beauty he found there. A few years later, when he sold his business and finally had more time, he returned and began his first project about the bears of Kamchatka. At that point, there was no turning back. 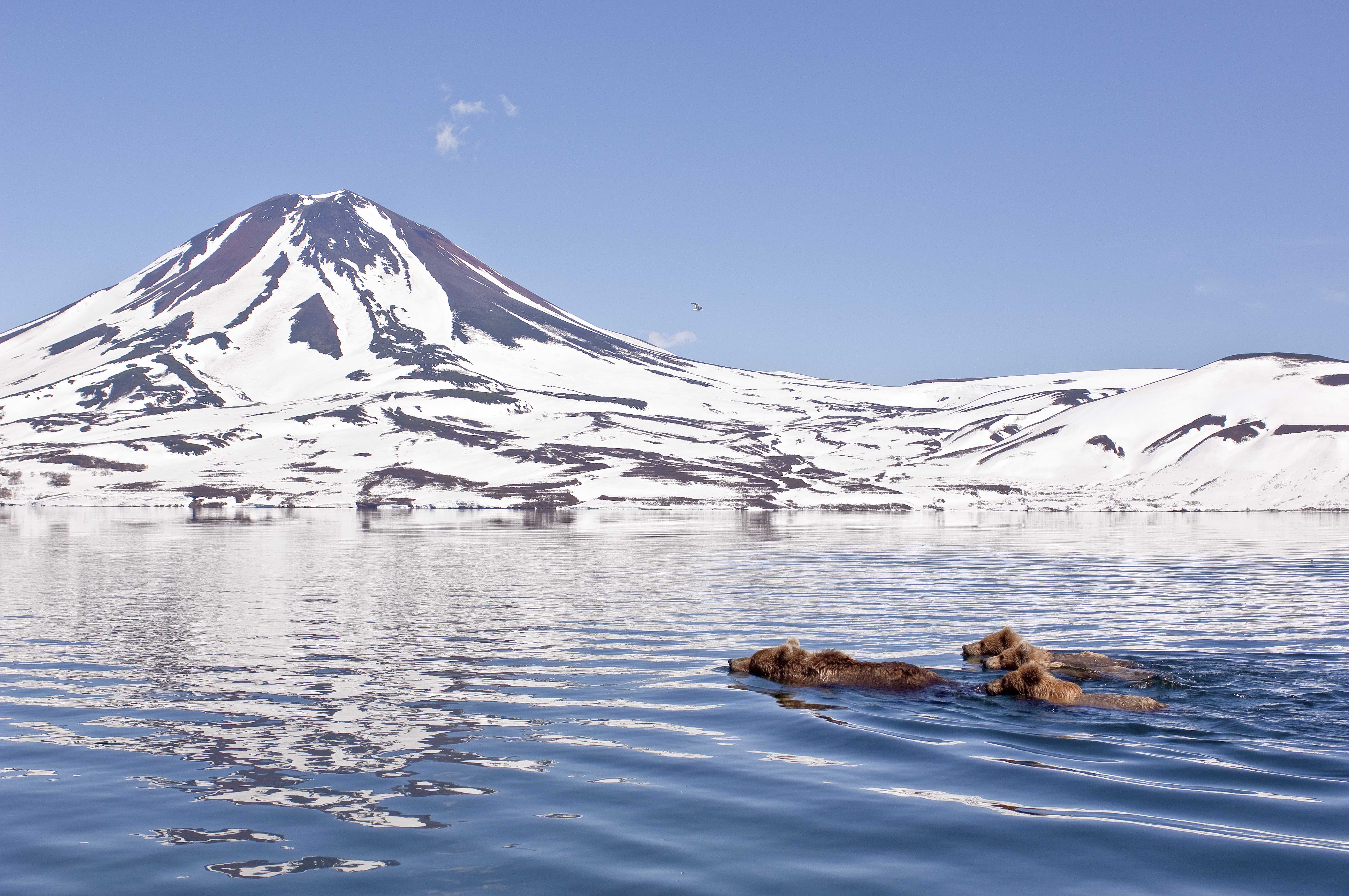 This is the largest salmon-spawning site in Asia which like a magnet has always attracted bears to its shores. I have been shooting bears in Kamchatka for many years and visited the whole region. My journey to the wildlife of Kamchatka has been so interesting and exciting that the years of work have flown so fast!

“Why do I shoot?” he says. “The simplest explanation is the opportunity to listen to the roar of a leopard in the Okavango Delta and the ghosts of flying geese over the expanses of the Taimyr tundra, to feel the Arctic wind standing on the edge of the break off Cape Waring on Wrangle Island, the heat from hot lava on Kamchatka volcanoes. This is the pleasure I get daily from communicating with wild nature and from the process of shooting.” 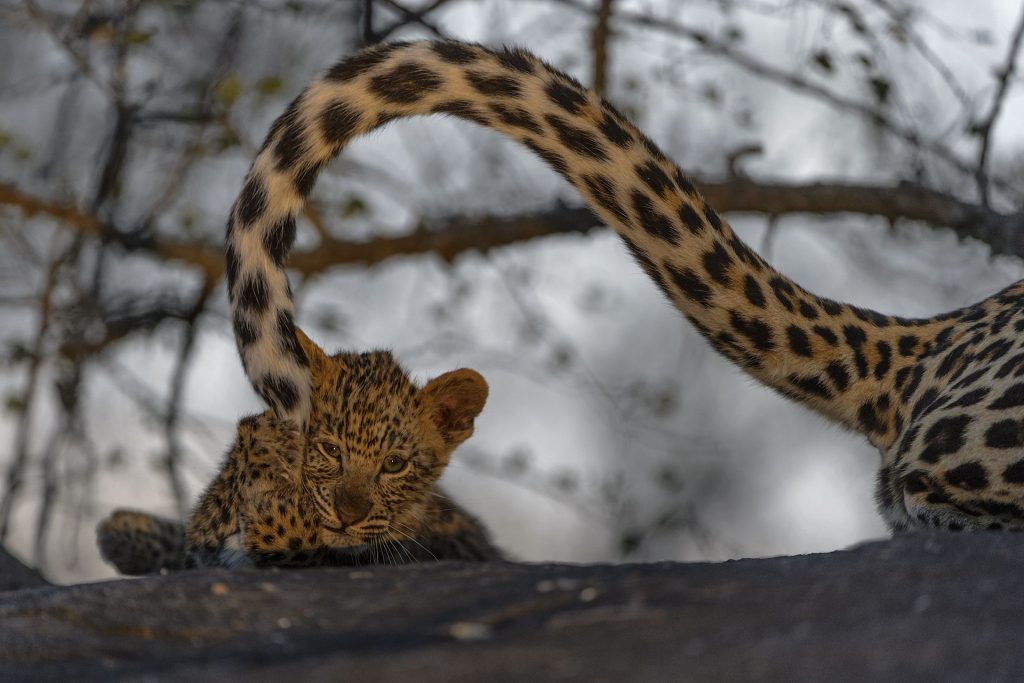 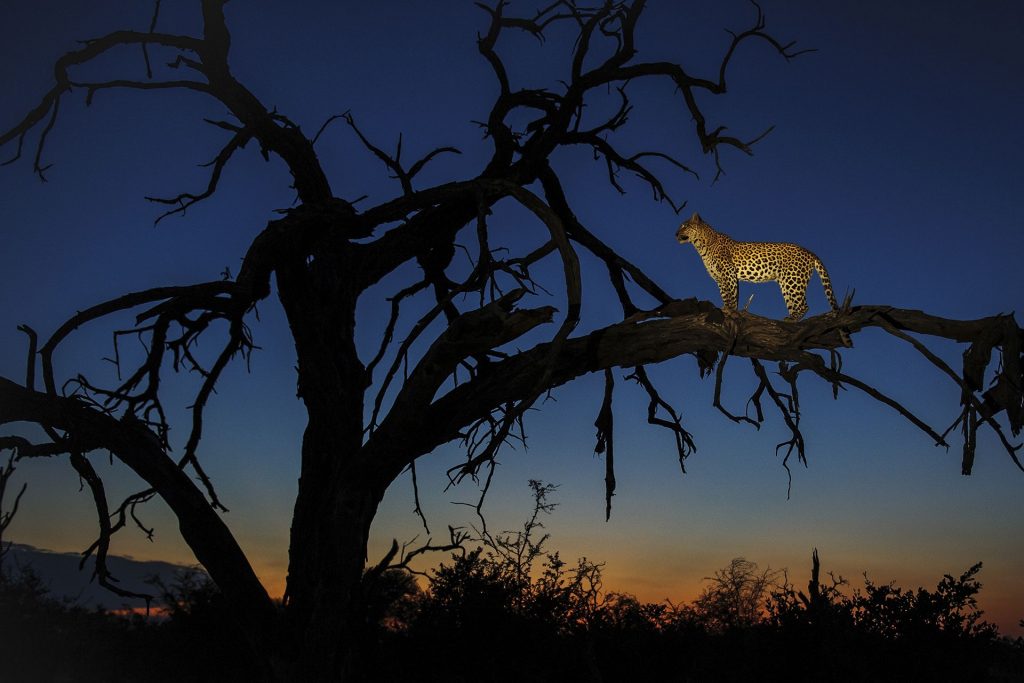 Botswana, Mombo Camp. Leopard on a dry tree, hand-lit by a torch.

In most of his work, Gorshkov is known for spending years on a single effort, such as the bears of Kamchatka, for example, returning again and again to remote locations until he is satisfied that the story of the place will be adequately told. 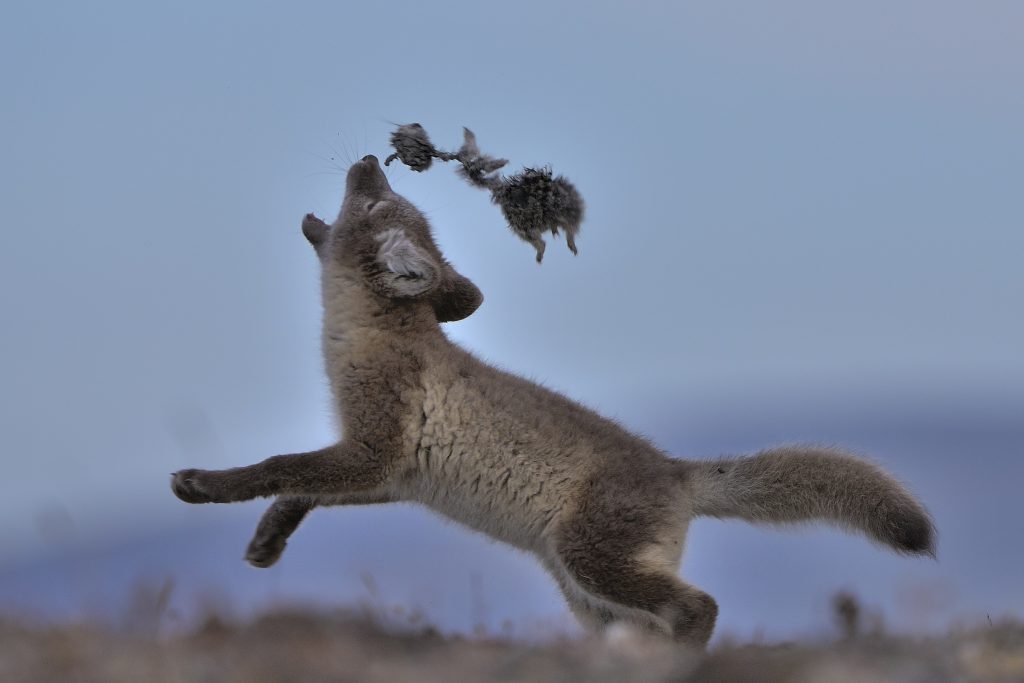 Russia, Wrangel Island. A young arctic fox pup plays with a lemming near its hole.

“I always try to shoot a specific story until I have worked it through. For me, every project is thoughtful, long-term work. I do not like to ‘flit’ from one story to another and from one place to another.”

He also likes to shoot the same places at various times of the year.

“This is my rule, and the only sure way to create natural stories,” he says.

Currently, Gorshkov is working on a hugely ambitious project to document the Russian Arctic.

“I want to capture this strict and beautiful world all the way from the easternmost to the westernmost reaches.” 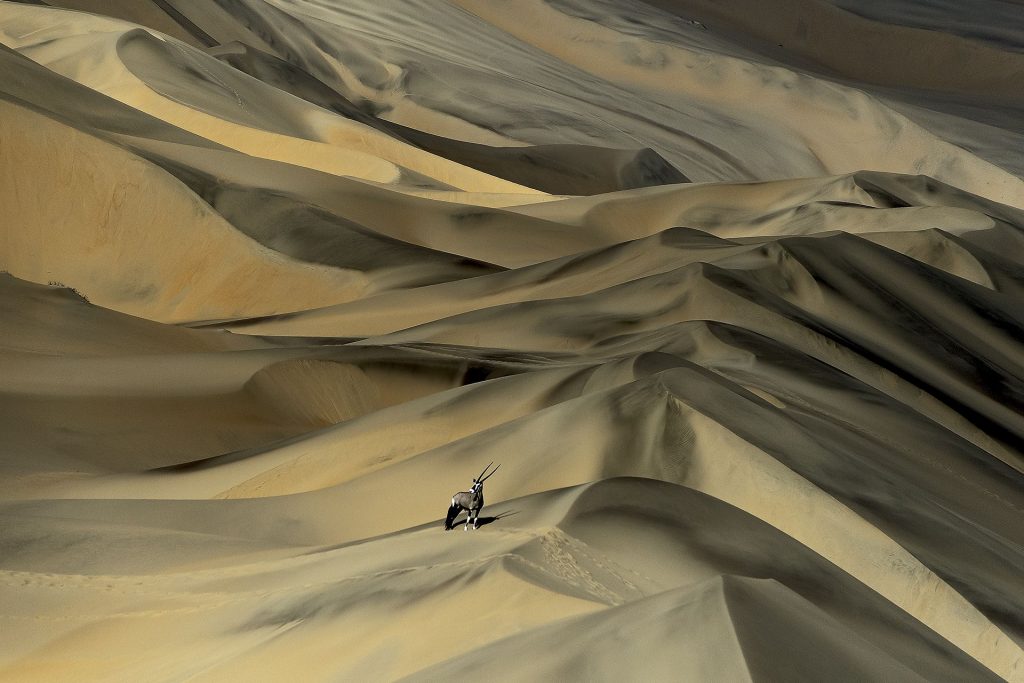 An Orix in the Namibian dunes, on the border with Angola.

And, he adds, “I dream in parallel,” as he is also working on another huge project to photograph the massive Russian Taiga in its entirety.

As successful as he is, Gorshkov tackles his projects with humility with all the energy and excitement he had as a youth, exploring the world anew with the camera gifted by his father.

“My hair has begun turning gray and my explorations to the most remote locations in wild Russia are now legendary, but I still feel I have much more to do. I remain full of energy, and as long as I can move, I will continue to photograph wildlife.” 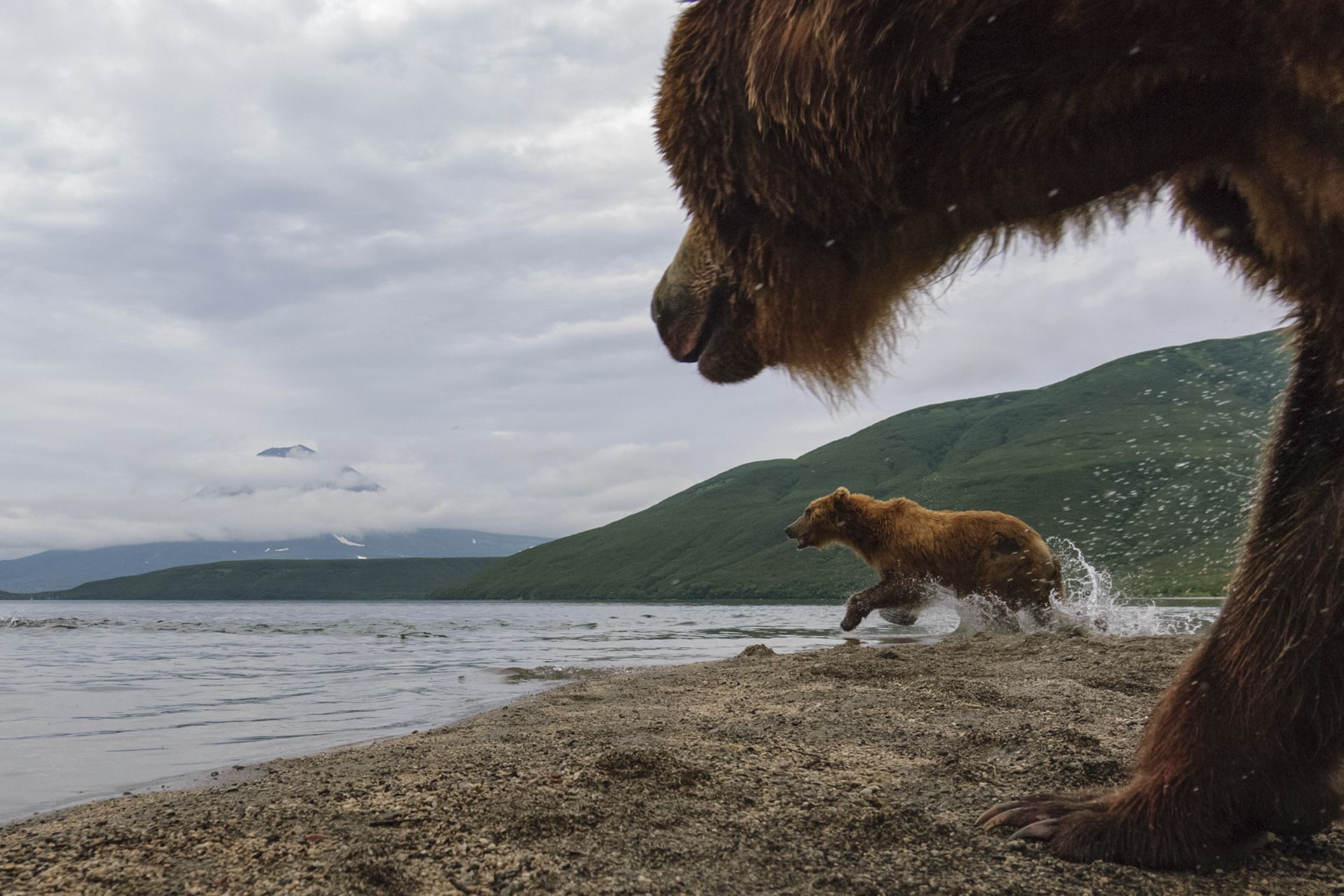