Each May and June, a stunning ocean event takes place off the coast of South Africa so massive that it can be seen from space: the region’s famous sardine run.

Millions of sardines migrate from Cape Agulhas to the southern part of KwaZulu-Natal.

A native of Nice, France, photographer Greg Lecour was named National Geographic’s Nature Photographer of the Year in 2016. He studied business and joined the family’s company, but the pull of the sea was stronger. At age 32, he sold his company and left to live a nomadic life, traveling, diving and shooting underwater footage around the world.

In June 2015, Lecour went to Port St. Johns, a small coastal town in South Africa known as the “Jewel of the Wild Coast” for the first time.

In a National Geographic interview about his award-winning shot, “Sardine Run,” (SIPA contest Photo of the Year, 2016) he says he spent two weeks diving with no luck before the ocean finally erupted.

“Our dive boat headed toward the vortex of seabirds in the air, our adrenaline pumping. The hunt for sardines was on”.

Beneath the waves, it was chaos, Lecour recalls.

“The first things I observed were the sardines’ scales, the bubble and song of dolphins, and several explosions announcing the impact of the birds perforating the surface… The action was fast, but I was able to capture several images per second using continuous exposure”.

Long obsessed with diving and marine environments, Lecour says the fact that an underwater image won awards is heartening.

“We are trying to find other planets, but we have only explored maybe 10 or 20 percent of the world’s oceans,” he told National Geographic. “The marine world is full of life, and it is difficult to access for most of the world. It is very important to me to share my world with these people”. 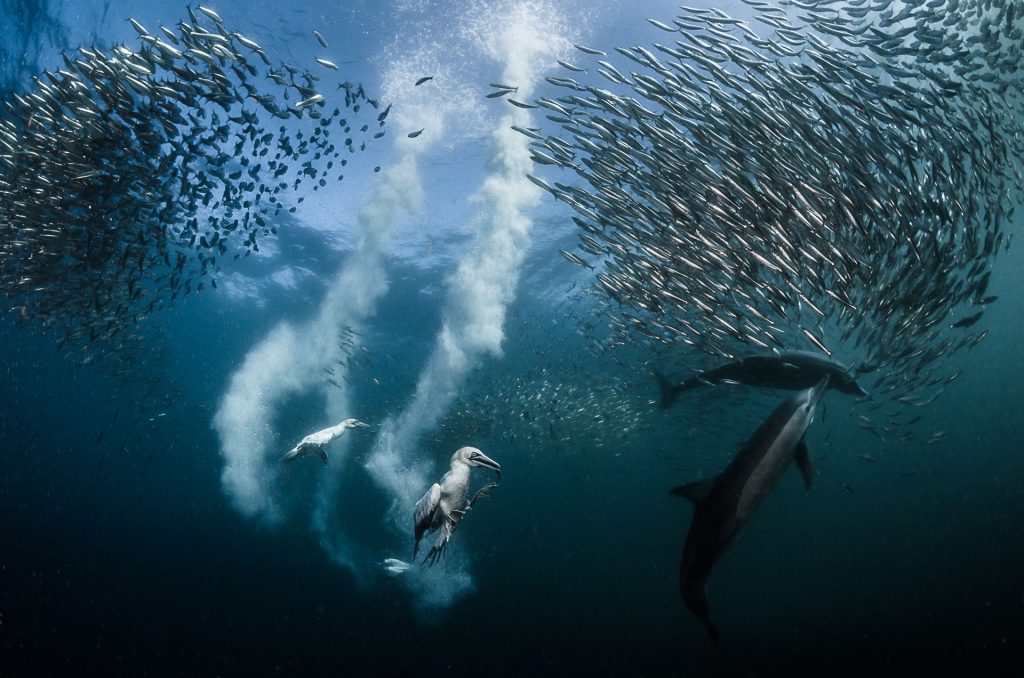