National Geographic photographer Randy Olson was hunkered down in a bird blind on his last night working on an assignment about the Ogallala Aquifer near Wood River, Nebraska, USA when a storm rolled in.

The area is an important sandhill crane migration zone. He says there were more cranes there that evening than had ever been counted before – as many as 413,000 birds.

As the storm began crashing around him, thousands of cranes were landing right in front of him.

“There was a ton of lightning right behind the birds. I put the camera on a tripod and just started pumping the shutter, making sequential 30-second exposures. This shot happened to capture the lightning and all the birds in motion,” he reflected in a National Geographic interview about the image, which was featured in the August 2016 issue of the magazine.

“I’ve never photographed this many objects in front of lightning, even though in the past I’ve done entire stories devoted to weather. There’s often a feeder strike that’s barely visible, and then the lightning strikes. The lightning actually explodes from the ground up. So when you look at the birds, you see them twice. That picture kind of shows you how lightning works.”

Olson says it’s the depth and detail of such a shot that brings the viewer back again and again.

“This one just happened to work out that way – all the elements lined up perfectly.” 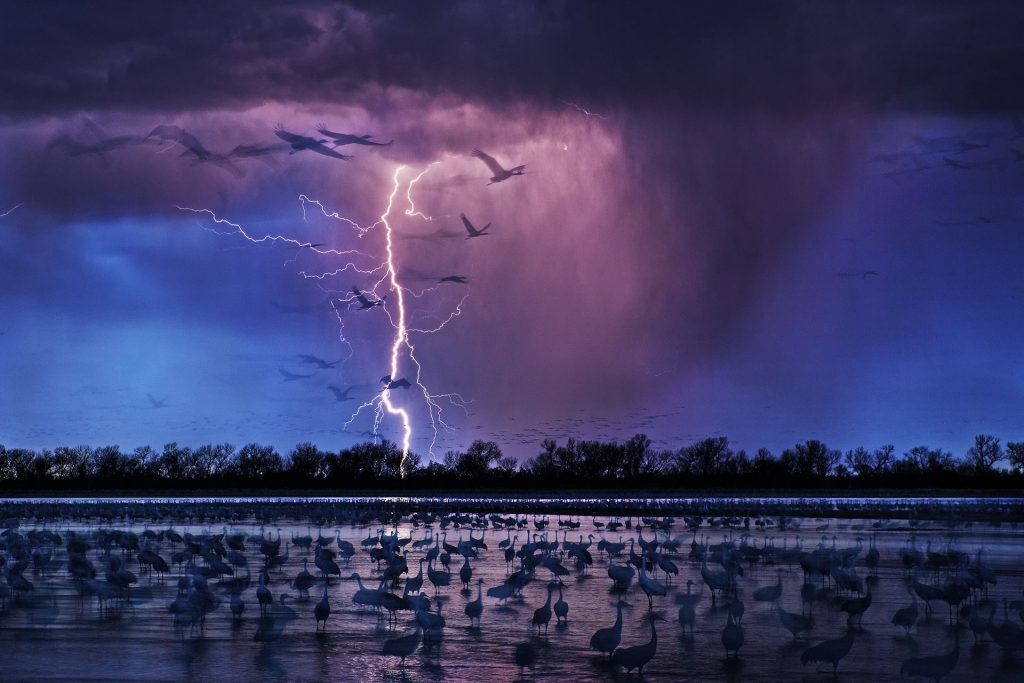