Jurecki says the autumn march ends in festivities, as highlanders celebrate returning home with the flocks from the grazing fields high in the mountains. Traditionally, shepherds are paid by owners in sheep milk for looking over their flocks throughout the summer. Redyk is held twice each year, in the spring and fall. The two events are known as redyk wiosenny (spring trailing) and redyk jesienny (autumnal trailing).

“During the contemporary Redyk, it happens often that the herds have to pass through roads on the outskirts of the local towns – the streets are then completely blocked when the hundreds or sometimes even thousands of the sheep are moving on their old trail. Many times cars are trapped among the sheep,” he says.

Shepherds look after the flocks while they graze over the summer. Once the Redyk is over, sheep are given back to their owners to their winter shelters.

Jurecki says he appreciates the Redyk tradition and admires the ability of participants to organize the march of several thousand animals “so efficiently that everything works without a hitch.” 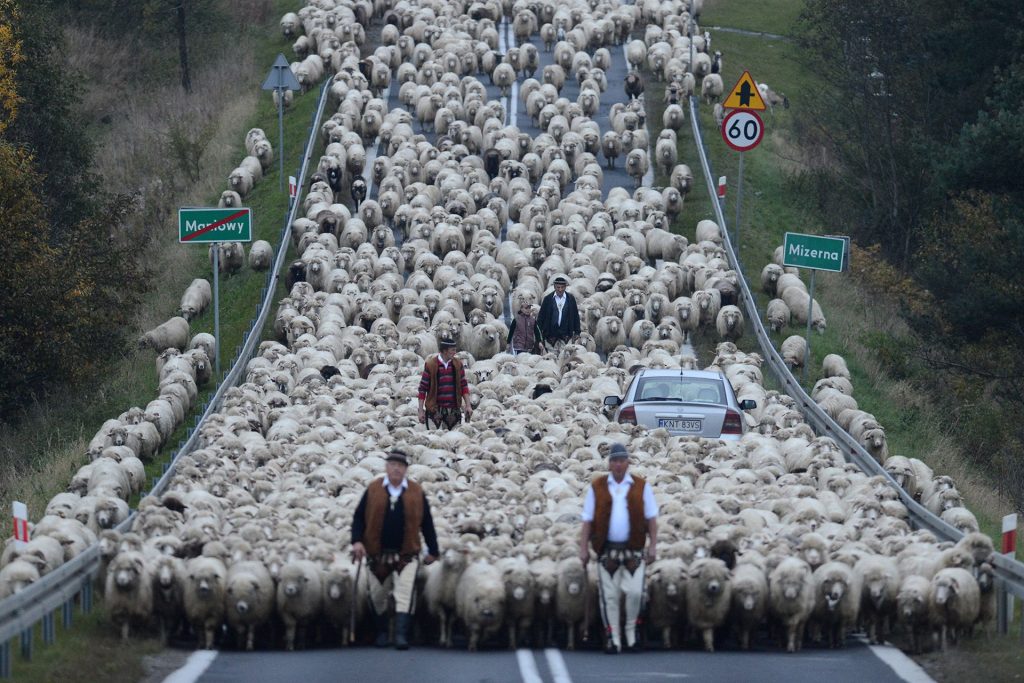 Redyk is a traditional annual march of highlanders with flocks of sheep in Minerza, southern Poland.