On July 9, 2016, American photographer Jonathan Bachman was sent on assignment to Baton Rouge, Louisiana, USA to cover a demonstration protesting the death of Alton Sterling.

“As protestors blocked a lane of traffic in front of the Baton Rouge Police Headquarters, officers in riot gear responded herding most of them off of the road and into an adjacent park,” Bachman says. “In this process, the advancing officers made several arrests. This image (“Protestor’s Eyes” 1st Place, General Color, SIPA 2017) is one of those arrests.

About 6 months before he took the photograph, Bachman says Reuters invited him to attend a two-day hostile environment training course.

“Since I had no experience in photographing demonstrations I used what I had learned to be as prepared as I could throughout the assignment; specifically, when it came to situational awareness.”

Bachman says he recalls how difficult it was to keep his feelings at bay while photographing the demonstrations – the first protest he had ever covered.

“As a photojournalist, I must be objective. I have to completely detach myself and sometimes it is not easy. When covering these types of events, I am often overcome with emotions that can make the assignment personal.  However, it is imperative that I work through the emotion to create a narrative of what I observe, not how I feel. “

But the photo, he says, left a big impression on him.

“The pavement was extremely hot, I remember it burning my knees. The man’s face was pressed on the pavement for such a long period of time I was able to check my exposure, adjust and continue to photograph several frames. I don’t think I will ever forget his eyes.” 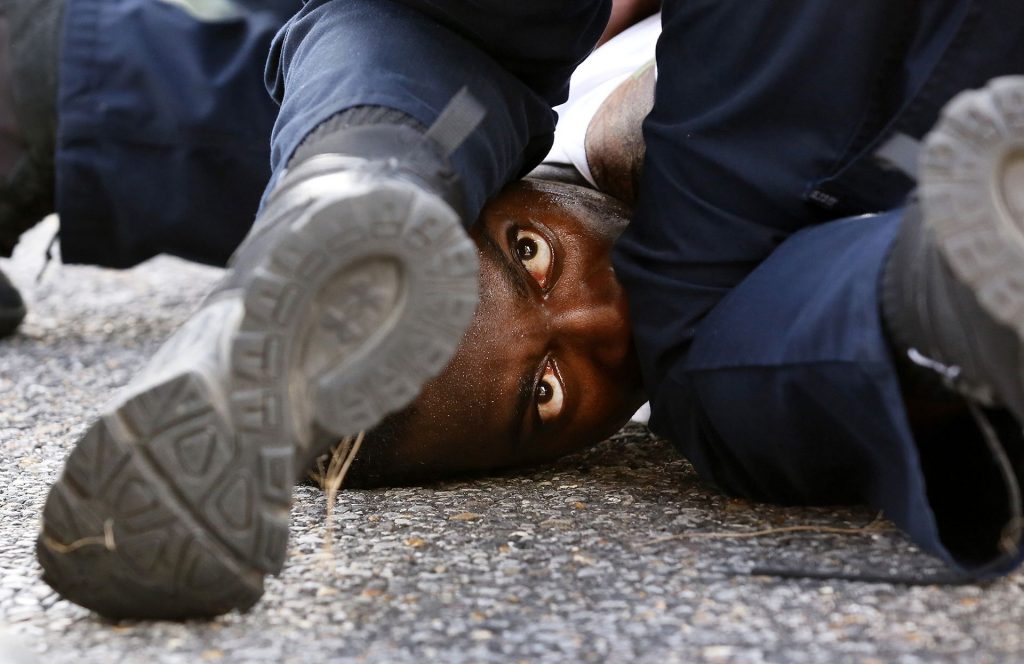