Free yourself from ISO-phobia and learn to overexpose. There are many good reasons for this.

In the shooting phase, a strong intentional overexposure is the most important factor in acquiring images of surprising sharpness… even with high ISO settings!

In 2004 Bruce Fraser published the book “Real World Camera Raw.” Even back then, the research for extreme clarity in digital images was a popular issue. In that same year, I joined a small group of experts selected by Adobe as an Adobe Guru, and since then my research on the subject has advanced.

Of course, sharpness is not everything, and we all know that the history of photography has given us wonderful pictures which were far from being tack sharp. However, too many photographers change cameras with the expectation of finding greater sharpness, especially in low light conditions. 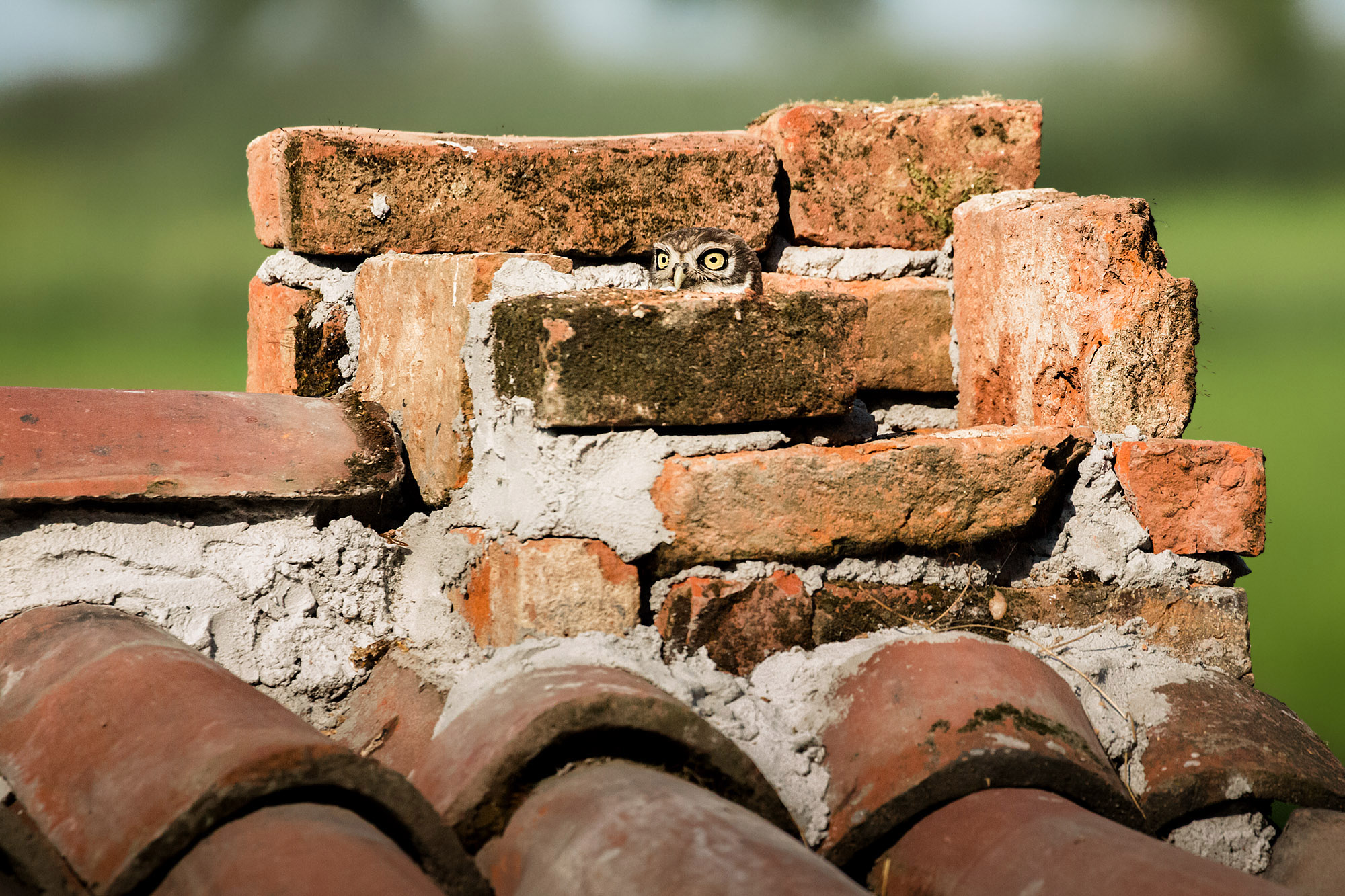 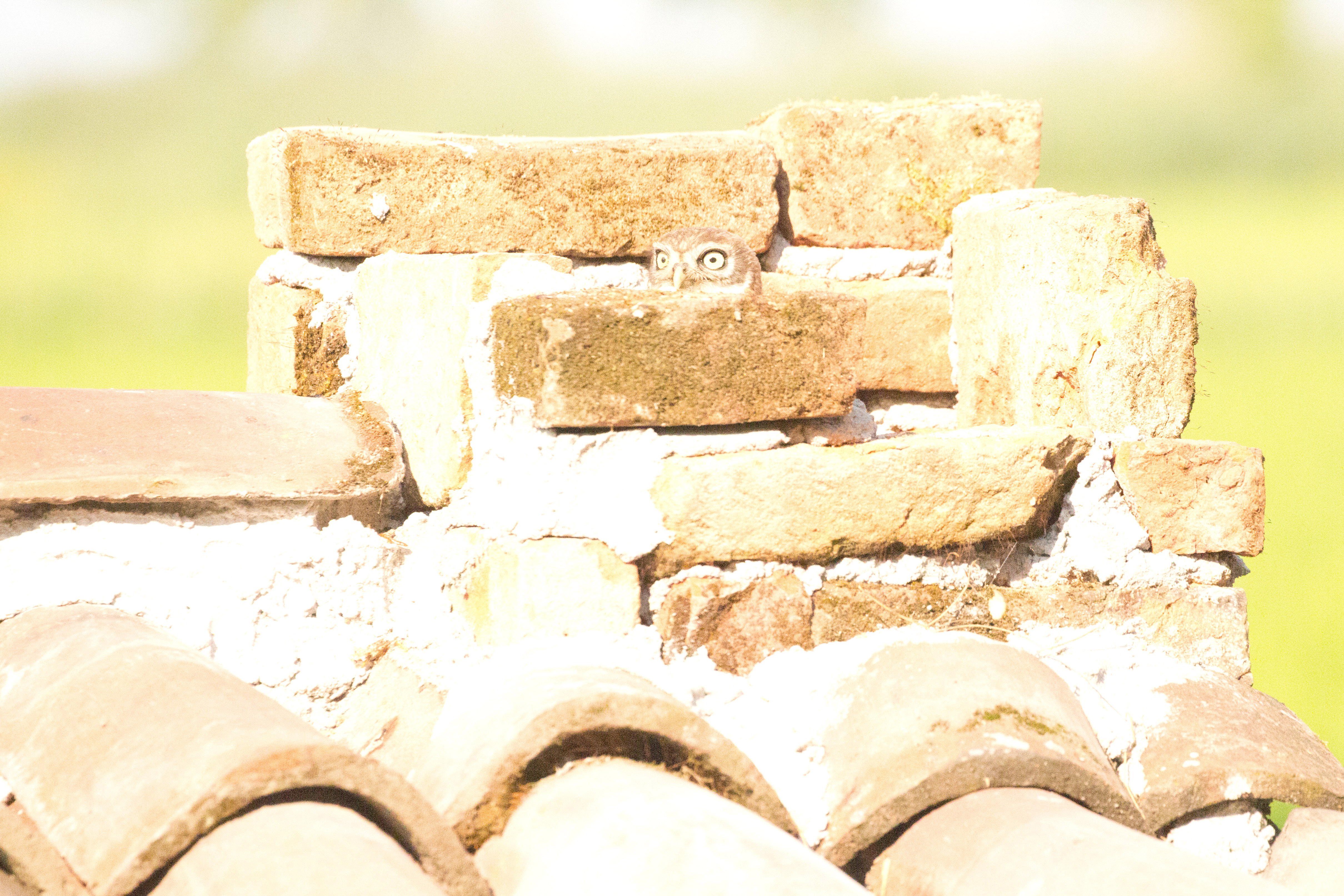 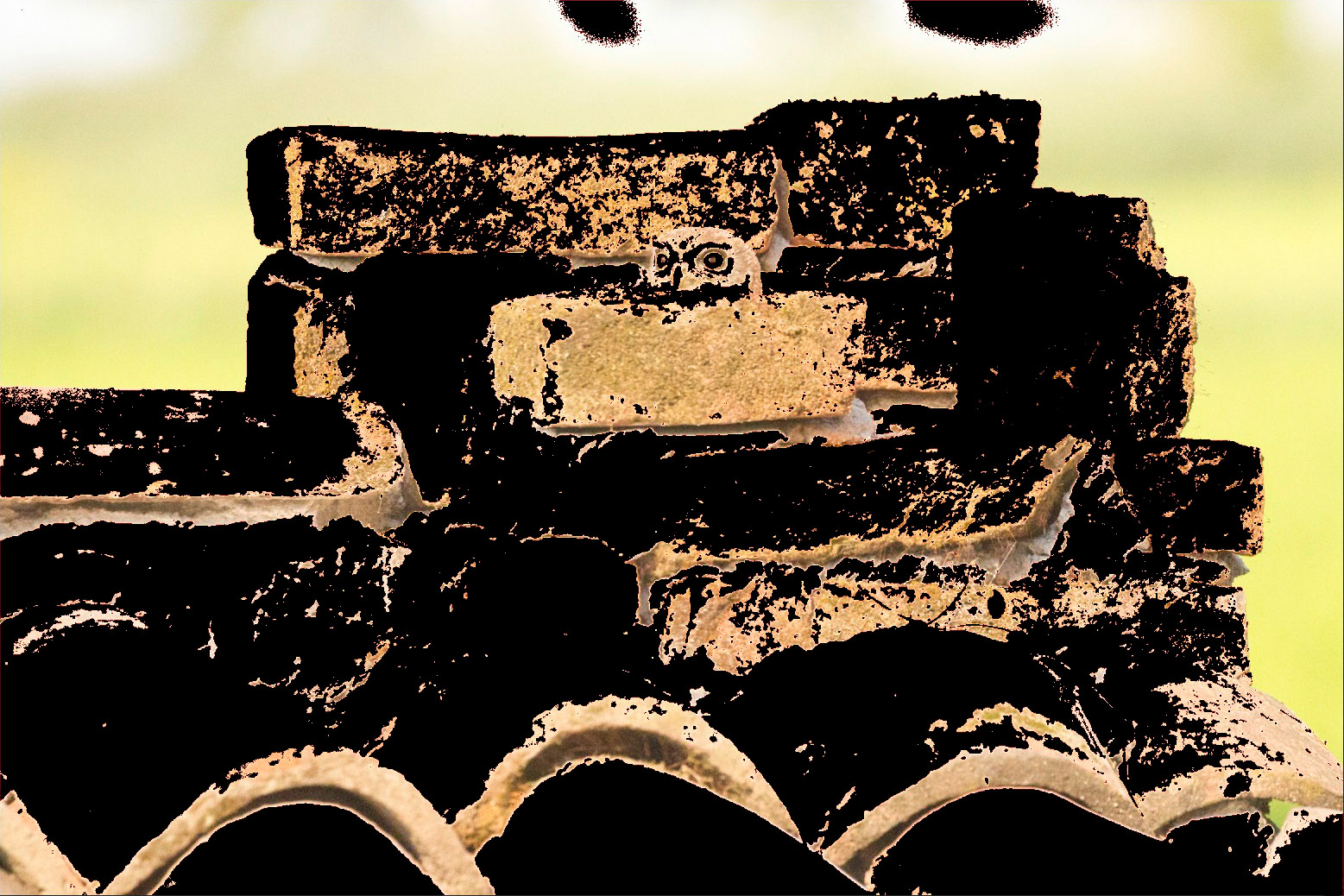 There is widespread concern about the use of high ISO values and the fear of clipped highlights but photographers tend to underestimate the risks of underexposure. 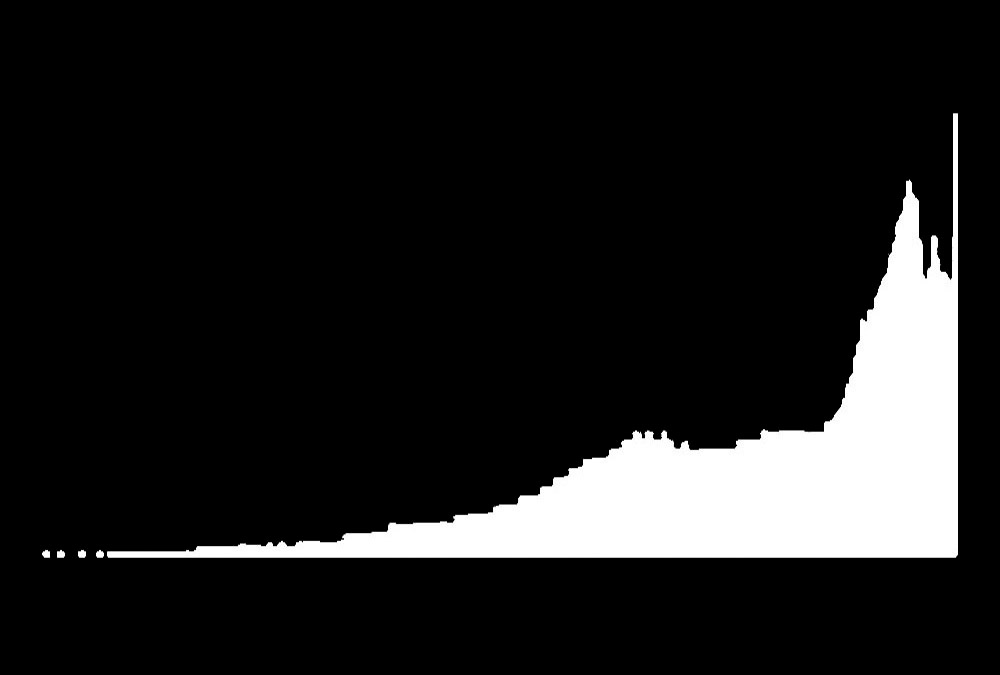 Fears connected to ISO values and clipping highlights are the first sources of inadequate sharpness, because they tempt you to underexpose while shooting or to use dangerously long exposure times. Exactly the opposite of what you should do.  The first cause of noise and lack of sharpness is underexposure!

This article is dedicated to those who shoot in RAW using the most popular reflex cameras on the market. (I discourage the use of this technique with Leica cameras and with digital backs which require a more in-depth article.) 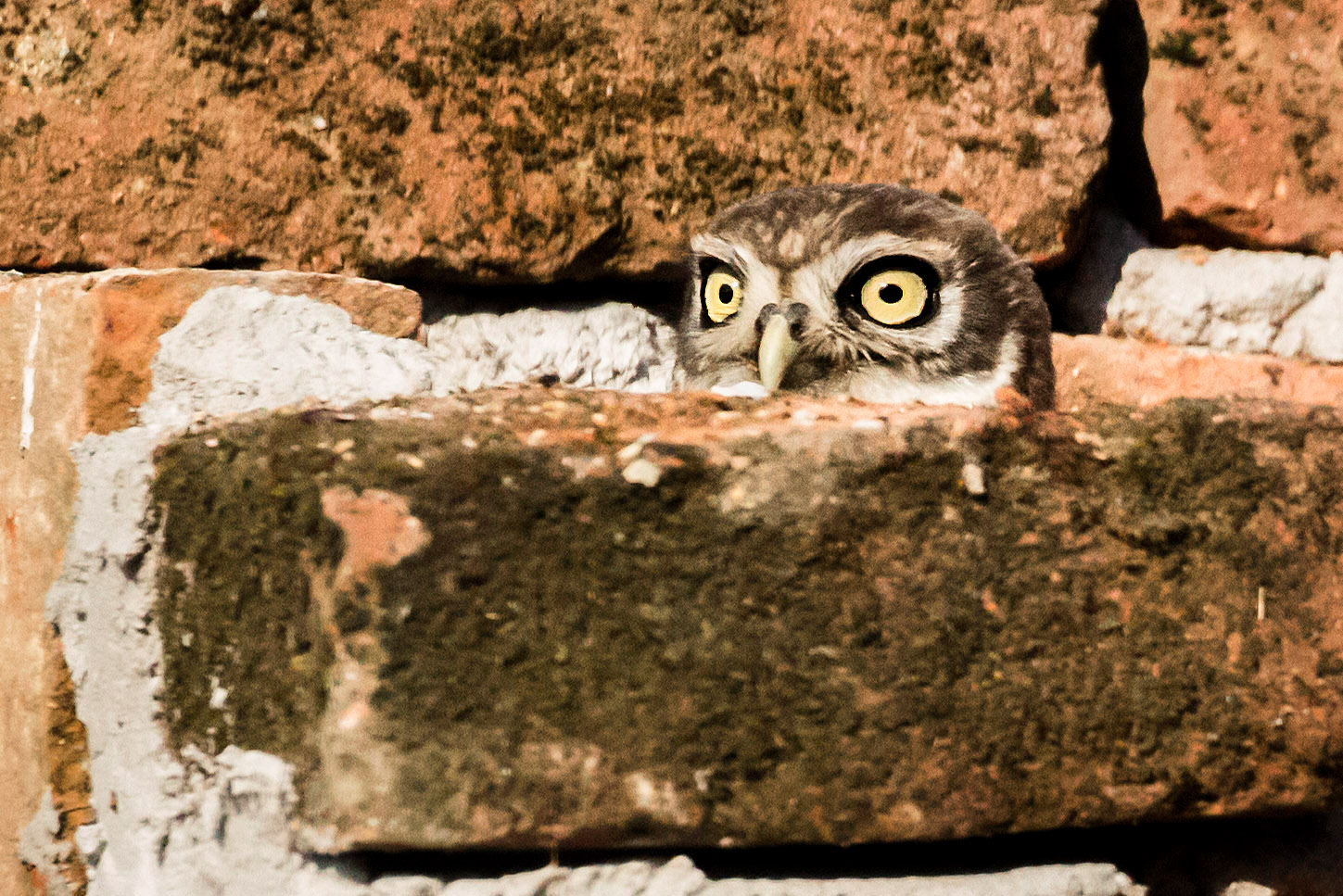 f9 1/3200 ISO 20.000 360 mm. When shooting wildlife with long focal length you often need reasonable aperture values and fast shutter speed (you never know when the owl is going to fly). This shot was taken at dawn. By using high ISO values and a strong overexposure that allowed a very sharp final image. Photo: © Alberto Carati.

A RAW FILE IS NOT A POLAROID

It’s not rare to hear photographers say: “This picture looks exactly like I shot it!”

Many of them treat a reflex camera like a Polaroid: the pressure of immediately showing off the results of their work on a small display, causes them to take a beautiful-to-look-at picture instead of an optimal negative to work on.

The truth is that an optimal negative to work on is rarely beautiful to show before it gets developed. After all it’s called RAW file not “ready to use.”

To make things more complicated there’s also another common bad habit: judging the picture’s exposure on the camera display. But displays are not calibrated and our perception is highly influenced by the surrounding light.

Linear distribution based upon a six- stop sensor range.

WHY DO WE HAVE TO OVEREXPOSE?

A RAW file, on average, captures about 6 stops. Let’s imagine dividing the sensor’s performance into 6 different steps of light, from black to white.

Sensors are designed to respond to photons hitting them and not to recording their absence. In practical terms the sensor is “saturated” so that the more luminous parts of the image use up more transmission band (and therefore more bits) compared to the darker areas.

This has enormous implications for exposure.

That is why when we try to brighten an underexposed picture, the quality of the image dramatically breaks down producing lots of noise, chromatic aberrations, stains, banding, solarization and a histogram that looks like a barcode.

Even in low-key photography one must not expose a scene judging its appearance on the display. One must overexpose and then darken the image in the developing phase.

The correct exposure in a digital file is one that collects as much data as possible to the right side of the histogram, almost up to the point where the highlights would be clipped, making the sensor work at its very best. For this reason, the technique of controlled overexposure takes the name “expose to the right” (ETTR).

HOW SHOULD WE UNDERSTAND EXPOSURE WHILE SHOOTING?

In addition to the exposure meter, the two most precious tools we can use to control the exposure are the histogram and the overexposure alert, but let me specify.

It’s a widespread belief that the ideal histogram when shooting, in “normal” situations, is one that uses the entire range of shades, from shadow to light.

Moreover, many photographers think that the highlight alert reveals unequivocally burned out areas.

Actually the interpretation of the histogram and the overexposure alert, as we described them, are valid only for those who shoot in JPG. If you shoot in RAW this approach is very constraining and technically wrong.

A TIP THAT (ALMOST) NO ONE TELLS YOU

The processor of a reflex camera is very small and its calculating abilities are limited.

The answer is simple: it’s not.

When we shoot in RAW, a high- resolution JPG file is incorporated inside the processor to let us see a fast preview of that image. In short: our RAW is disguised as a JPG. Let’s not confuse them.

It’s essential to know how to interpret this data because a RAW file stores about 1,5 stops more information than its JPG equivalent. Where the display shows the first signs of burning, we can still increase exposure by 1,5 stops without any risks.

Bits are responsible for this.

So there’s a remarkable difference between the data acquired by a RAW file and what we see on the camera display. It’s like seeing only the “tip of an iceberg.” In a JPG you see what you see but a RAW file contains a huge quantity of hidden data that will appear during the developing phase. 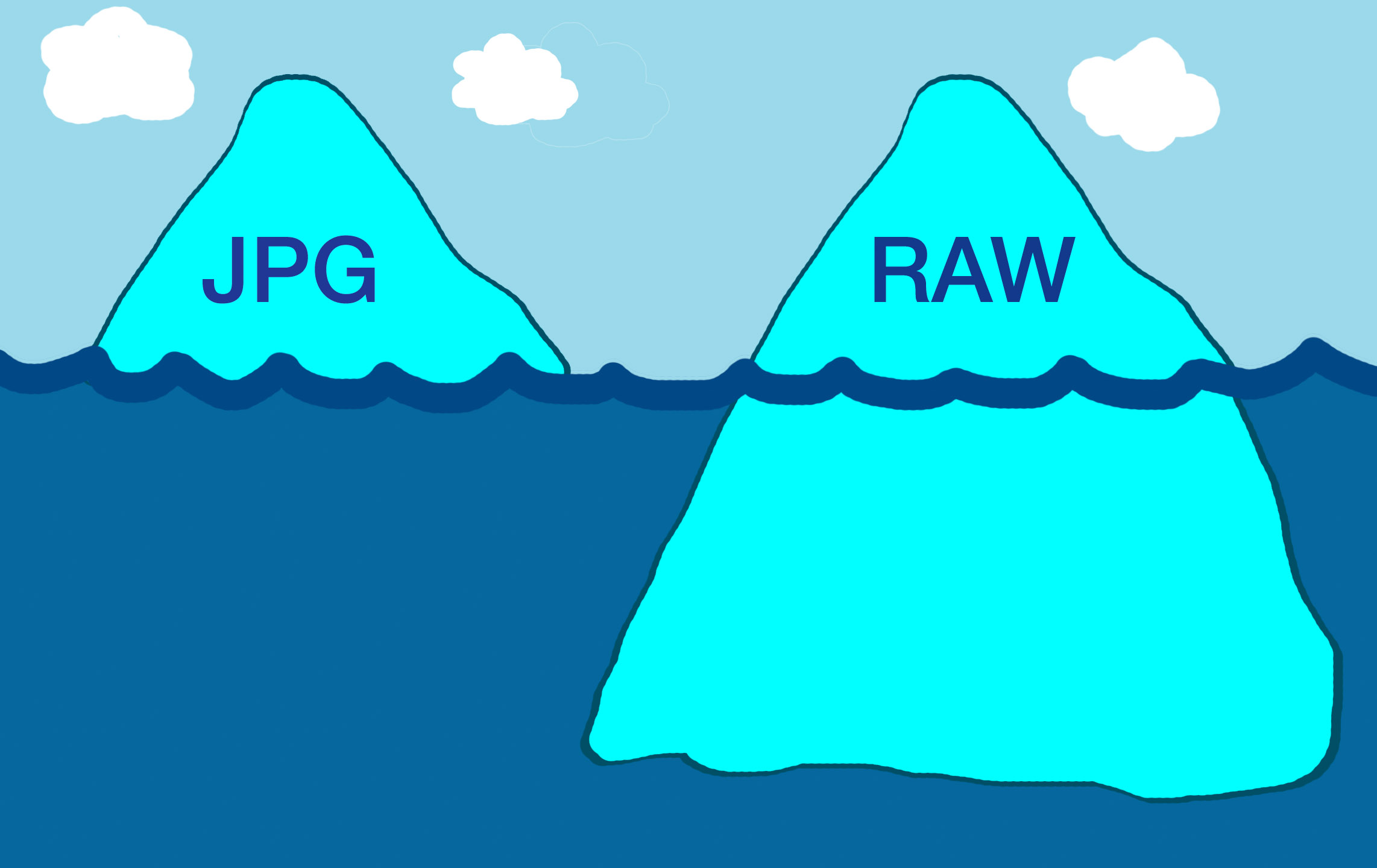 SOME KEY RULES FOR THE CORRECT EXPOSURE OF A RAW FILE

So here is my advice, a short recap for a completely new approach to exposure: 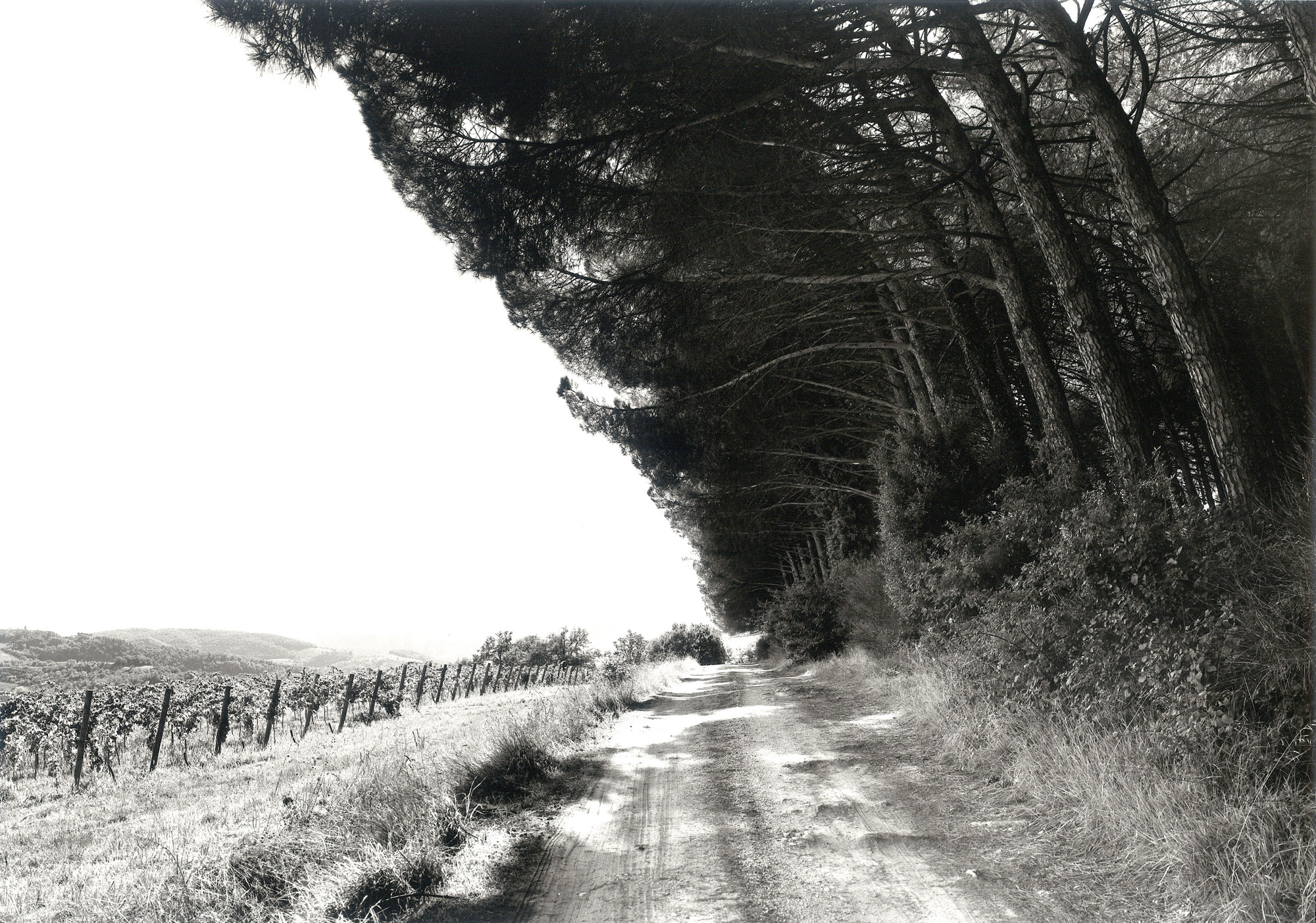 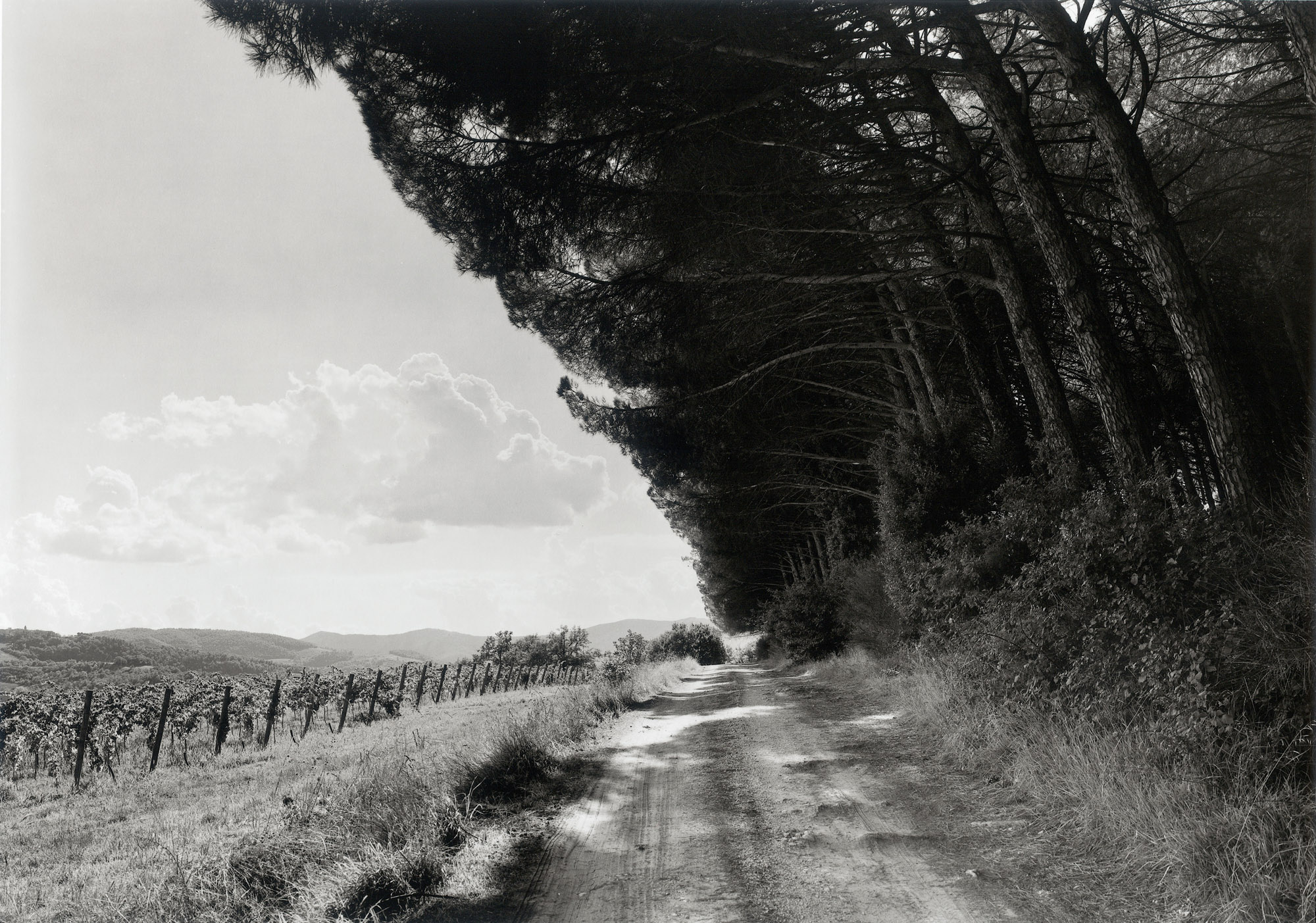 If you learn and practice this new approach you will find yourself with a brand new camera, of superior quality, without having spent a single Euro! To gain deeper knowledge of your camera and to learn how to overexpose with confidence, without clipping highlights, you must learn how to test your sensor. If you don’t know how to do it I suggest “hands on” experience: Very simply, try taking the same shot with different exposures. Put the camera on a tripod and in-crease the exposure by 1 stop with each shot.

Then in post-production adjust the brightness by using only the Exposure cursor, which you will find in every RAW converter, and then compare the results (especially in the shadow areas) by zooming in at 100%. You’ll be amazed!

Still today digital photography provokes a lot of criticism, especially from film aficionados who blame pixels and that remarkable darkroom called Photoshop for the aesthetic and social changes that have taken place in recent years.

But I would like to clarify that what I have addressed in this article is far from new.

The greatest photographers of the past who used film knew it was wise to expose up to the threshold of clipping the highlights. Even in the traditional darkroom underexposed dark tones are a problem.