Landscapes were his main focus after buying his first Canon DSLR. His interest in weather photography began about a year later when he traveled to “Tornado Alley” in the United States Midwest to shoot monster storms.

On the day he shot “Beast,” Smart left Scotts Bluff, Nebraska to begin the 322 km drive to Rapid City, Iowa.

The notorious Tornado Alley includes the American Great Plains states of Kansas, Nebraska, and the Dakotas, as well as parts of Texas. Big storms and tornadoes are more likely in that area due to the region’s large-scale weather patterns.

At the moment Smart realized the storm had reached a point of stunning structure, he says he stopped in a dusty parking lot and walked towards the homestead and began shooting without a tripod.

“I always love to have foreground interest to help draw the viewer in,” he says. “As lightning is striking around us, I get down low and capture this beautiful storm as it approaches the home, and it takes just a few moments to capture the beauty of this amazing storm.”

The effect of the wall cloud (lowering of a storm that produces tornadoes) appearing to straight through the house gives the image a unique power. “It was one of the most photogenic storms I have chased. 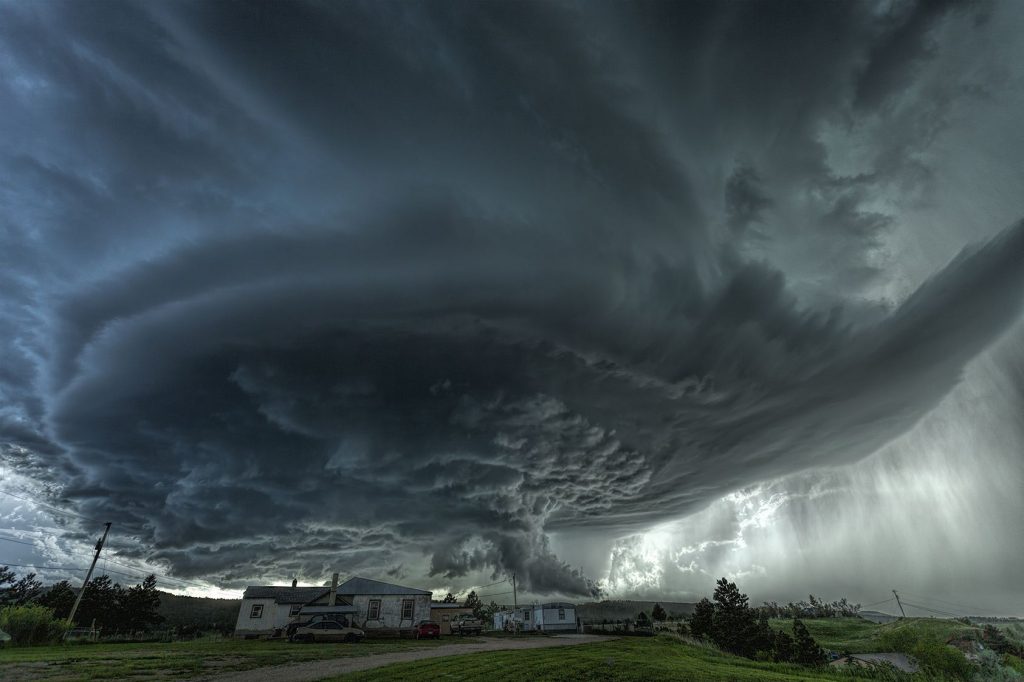 Born & raised in Melbourne, Australia, James took up photography in 2012 whilst visiting Italy. Landscapes were the main focus once picking up his first Canon DSLR, and has not looked back. The weather photography came only a year later, deciding to venture to tornado alley in the United States of America. Not having much luck on the first storm chasing journey, he has returned every year since and has captured mother nature at her most dangerous. From breathtaking tornadoes to storm structure which you have to see to believe. After capturing such stunning images from storm chasing, James’ has been published in numerous magazines & publications around the world including National Geographic, Australian Photography Magazine & Red Bull. James’ biggest award was the 2015 National Geographic Photo of The Year for his image ‘Dirt’, a jaw-dropping anticyclonic tornado in Colorado, USA.